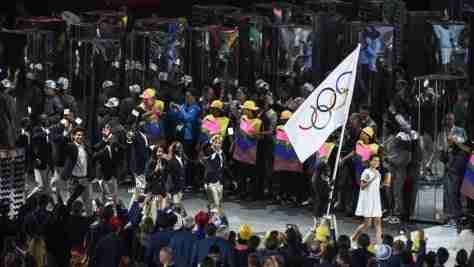 An expanded refugee team of 29 athletes will compete across 12 sports at next month’s Tokyo Olympics.

The team will compete under the Olympic flag and includes people from countries including Syria, South Sudan, Eritrea, Afghanistan and Iran.

It is almost three times as big as the inaugural team at the 2016 Games in Rio.

The International Olympic Committee, IOC, says the team will provide hope and inspiration to the world

The athletes, who will march into the stadium during the opening ceremony in second place behind ancient Games founders Greece, were selected from a pool of 56, supported by Olympic scholarships from 13 different countries.

The IOC’s first refugee team at the Rio Games was designed to raise awareness of the issue as hundreds of thousands of people were arriving into Europe from the Middle East and elsewhere escaping conflict and poverty.

The International Paralympic Committee has plans to send up to six athletes to the Tokyo Paralympics as part of a refugee team.