65% Of Jamaicans Aged 25-54 Have No Examination Passes at Secondary Level, According to Survey 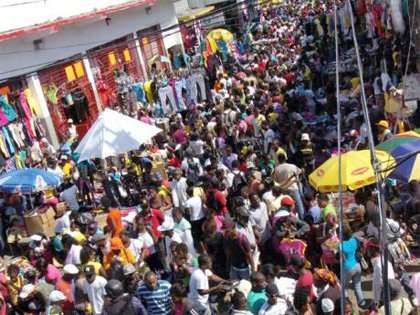 Up to 2018 the majority of Jamaica’s population of prime working age did not pass any examination at the secondary level.

That’s one of findings of the Survey of Living Conditions for 2018 released by the Planning Institute of Jamaica last week.

Meanwhile, the country up to 2018 continued to enjoy near universal enrollment of children aged three to 16 according to the survey.

According to the Survey, persons in the prime working age group of 25 to 54 years, 65.4% had no examination passes.

It says only 14.6% had CXC General or GCE O’Level and 11.7% had a form of post-secondary or tertiary qualification.

According to the data presented by Director of Policy Research at the PIOJ, Suzette Johnson, for persons aged 14 and above who were not enrolled in school or any educational institution, 60% had no examination passes.

This was more so among persons who lived in Rural Areas at 68.7%.

In Quintile 1, which represents the lowest 20 per cent of the population economically, 77.7% of persons who were not enrolled in school or any educational institution had no examination passes.

And, in the 60 years and older grouping, 80.4% had no examination passes at all.

This shows that location and economic status still play a significant role in deciding educational outcomes in Jamaica.

However, the survey notes that even among those who’ve achieved CXC passes, the majority failed to make the grade in the critical subjects of Math and English in 2018, with only about 40% having passed both.

Ms. Johnson also notes that only a tiny portion of children aged three to 16 were not enrolled in an educational institution in 2018.

Meanwhile, of enrolled students, the vast majority, 87.6%, had all their required textbooks and an additional 8.2% had some.

The survey was conducted on behalf of the PIOJ by the Statistical Institute of Jamaica, STATIN, during the months of May to December with over thirteen thousand individuals across four-thousand-five-hundred households.