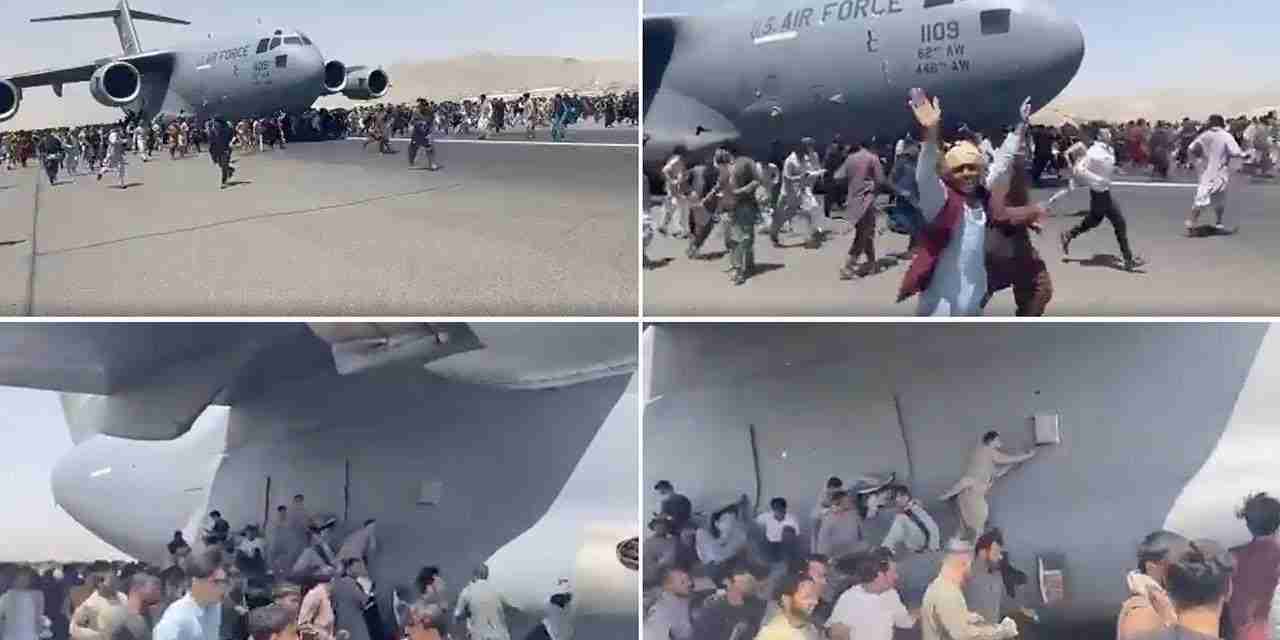 At least five people have been reportedly killed at the Kabul airport in Afghanistan as citizens flee following the Taliban’s takeover of the country.

The Pentagon says all flights have now been halted after several incidents.

Two armed men were killed by US soldiers, while three people are reported to have died after falling from the underside of a plane they were clinging to shortly after take-off.

Huge crowds have gathered at the airport with over 2,500 American troops working to restore order.

According to BBC News, US forces have reportedly fired into the air to disperse people trying to force their way onto planes.

The Taliban have now taken complete control of the Presidential Palace in Kabul after President Ashraf Ghani fled the country.

Former Kabul Government Ministers are also fearing for their safety.

More than 60 countries have issued a joint statement calling on the Taliban to allow people to leave.

US President Joe Biden is expected to return to the White House today to deliver remarks on the situation.