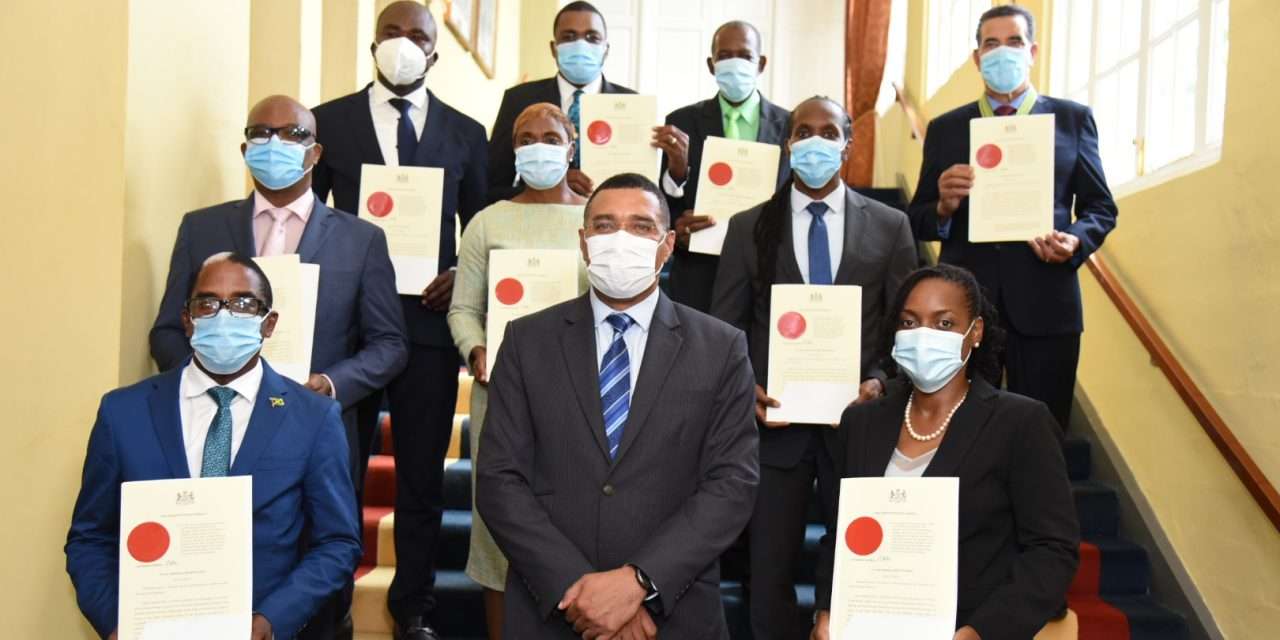 The nine State Ministers chosen by Prime Andrew Holness were sworn in this afternoon.

Governor General, Sir Patrick Allen urged the new appointees to be purposeful in their duties.

Mrs Cuthbert Flynn, the MP-elect for St Andrew West Rural, will serve as state minister in the Ministry of Health and Wellness.

MP-elect for St Mary South Eastern, Dr Norman Dunn, will serve as Minister of state in the Ministry of Industry, Investment and Commerce.