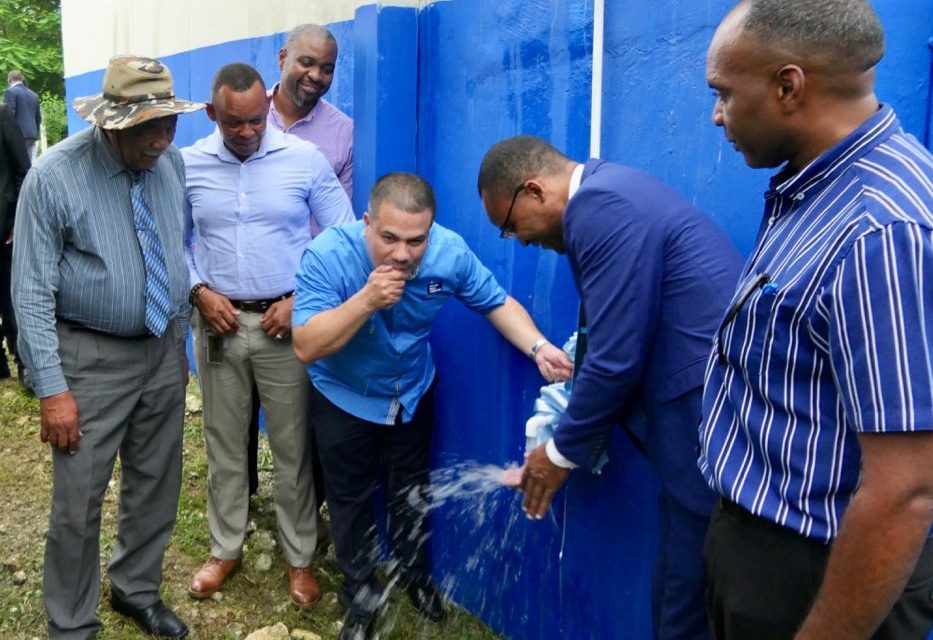 Approximately 9,000 people will receive improved water security from a National Water Commission project that will target the Non Pariel, Retirement, and Orange Hill region in Westmoreland.

The disclosure was made by Minister without Portfolio in the Ministry of Economic Growth and Job Creation, Matthew Samuda.

He says the $475 million project sees the major communities of Mount Airy, Good Hope, Orange Hill, including others benefiting from the system.

The improved system has the capacity to handle 500,000 gallons per day and is outfitted with two pumping stations, two storage reservoirs, and transmission and distribution pipelines.

Minister Samuda says the new system was completed by the Rural Water Supply while the National Water Commission operates and maintains the system with the help of the Water Resources Authority team.

He noted that Westmoreland has not had effective infrastructure to provide sufficient water supply to residents.

Matthew Samuda, Minister without Portfolio in the Ministry of Economic Growth and Job Creation.

Construction of the project commenced in 2018 with the execution of several contracts including the construction of two pumping stations at White Hall and Orange Hill and two pipe laying contracts.

There was also the construction of a 1.1 million litres Concrete Reservoir at Mount Airy and the installation of 250,000 litres Bolted Steel Reservoir at Orange Hill.