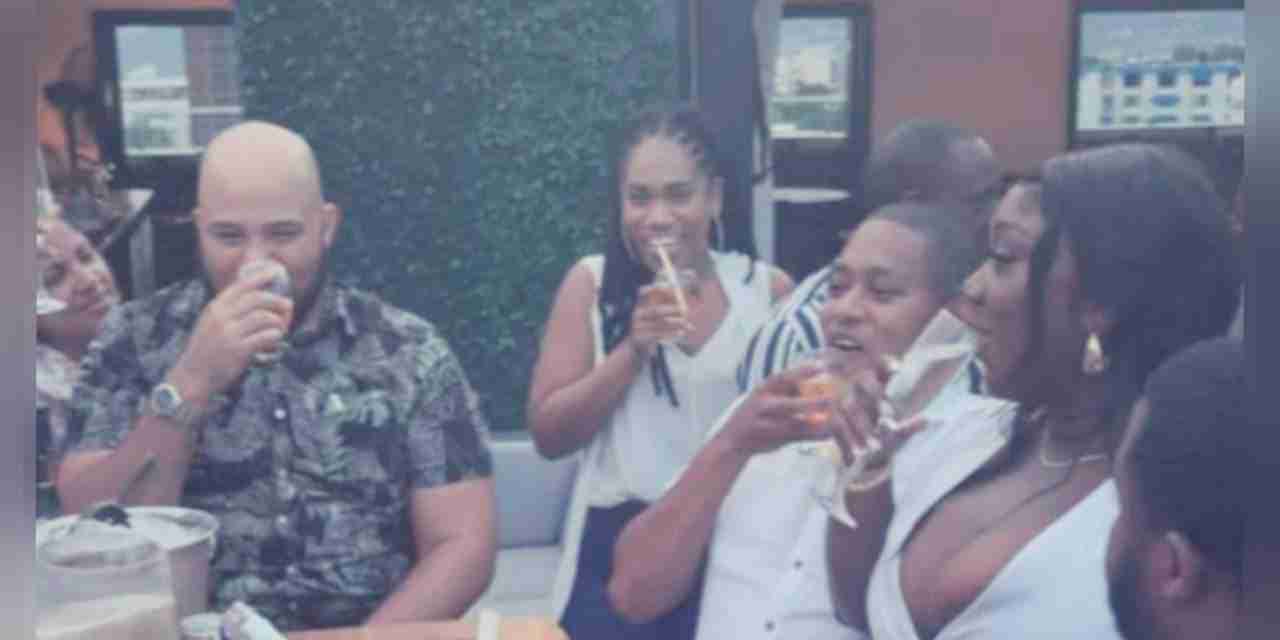 A prominent Cabinet Minister has resigned. A local parish councillor stripped of several posts. A ministerial advisor has lost her job.

And a Prime Minister moving to cauterise the political fallout from his former Agriculture Minister’s breach of the Covid-19 protocols.

It all happened in the last 18-hours.

The referral comes amid public outrage over the actions of former Minister Green, his advisor, Gabrielle Hylton and JLP Councillor for the Mona Division in Eastern St. Andrew, Andrew Bellamy.

Ricardo Brooks caught up with the Prime Minister during a vaccination tour today.

The Prime Minister says he considered the principles of social justice, equality under the law and the rule of law when he accepted the resignation of the Agriculture Minister.

Having accepted the resignation of MP Green, we put the question of the future of Councillor Andrew Bellamy to the Prime Minister.

Mr.Holness says he has referred the video to the Jamaica Constabulary Force.

In the now infamous video, Green, Bellamy and those gathered around a table were participating in a toast.

Bottles of champagne and several meals were on the table at which the group, including Minister Green and Councillor Bellamy, were seated.

Voices in the video were heard saying “no movement day, showa labourite and post it tomorrow.”

Mr.Holness says there was no other option but to accept the resignation of Mr. Green.

The Prime Minister says the actions in the video risked breaching the confidence of the Jamaican people in his government.

He says that could have affected compliance with the Covid protocols.

And the former Agriculture Minister’s swift resignation sent shock waves across the political landscape this morning.

In his statement, Minister Green says he has disappointed many including his family, Prime Minister Andrew Holness, his son and most importantly the people of Jamaica who he has sworn to serve.

He says no matter how briefly, and regardless of the circumstances, he should never had participated in any engagement that could indicate a lack of appreciation of the difficult and serious realities that now face the entire country.

The now former Agriculture Minister says his actions have demonstrated a lack of sensitivity for the difficult realities that all of Jamaica is facing currently.

The Minister stated “It was wrong.”

He says he accepts that this was an error in judgement and that it sends the wrong signal especially in light of the Government’s drive to reduce the spread of Covid 19.

Mr. Green says for this he is really and truly very sorry. He promised to work hard to regain the trust of the Jamaican people.

The Office of the Prime Minister says the assignment was made to ensure all current programmes of work and policy direction are maintained to yield benefits for the farmers and local agricultural sector.

Mr. Holness says his current areas of focus would not allow the portfolios to be transferred to the Office of the Prime Minister.

He was speaking with Nationwide News during a vaccination tour today.

And, JLP Councillor for the Mona Division, Andrew Bellamy, has resigned as a member of the Board of the South East Regional Health Authority, SERHA.

Mr. Bellamy has also resigned from all committees in the Kingston and St. Andrew Municipal Corporation.

He made the announcement today on the social media site Twitter.

Bellamy apologized to the people of Jamaica and the Holness government.

The councillor was seen in a viral video with former Agriculture Minister, Floyd Green, his advisor Gabrielle Hylton, and others raising a toast to no movement days and shouting “showa labourites!”.

The video is alleged to have been recorded on a no movement day.

The group was mask less with little social distancing.

Floyd Green resigned this morning from the Cabinet.

Mr. Bellamy says the anger and disappointment based on feedback received is regretted.

And, Gabrielle Hylton has also tendered her resignation from all government boards.

Ms. Hylton was an advisor to Floyd Green.

In a statement released on Twitter, Ms. Hylton says she has thought long and hard about what to say in relation to the video circulating on social media.

She says there are no words that can cauterize the wounds created from the perception that all Jamaicans are not equal under the law.

The former Ministerial advisor says she accepts that a grave error in judgement was made.

She says she has worked with MP Floyd Green for many years and has learnt many lessons from him.

Ms.Hylton says the greatest of those lessons were taught today.

She says as difficult as it is, she must face her wrongs head on and acknowledge that it is only fair that she is held accountable.

She says she prays Mr. Green will be given the opportunity to serve Jamaica once more.

When contacted this afternoon, Gabriella Hylton, refused to speak with Nationwide News.

Subsequent calls placed to Ms. Hylton were not answered.