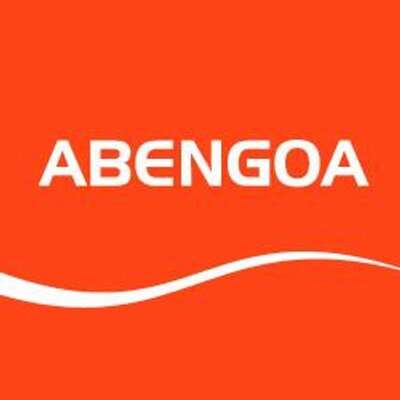 There’s uncertainty this afternoon over the future of the Spanish firm Abengoa, that has been selected by the Jamaica Public Service, JPS, as the preferred bidder for the construction of the 190-megawatt power plant to be built in Old Harbour, St. Catherine.

The company announced today, that it has begun bankruptcy protection proceedings in a bid to avoid what could be one of Spain’s largest insolvencies.

Abengoa has €9-billion in debts. Today shares in Madrid plummeted, after the energy giant announced that it has started bankruptcy protection proceedings to avoid what could the largest insolvency in the country’s history.

Abengoa informed Spain’s market regulator today that it is making efforts to get preliminary protection from creditors, to reach a deal on its debts within four months.

But according to a report by the respected Financial Times of London, the company says it’s skeptical over its chances of finding new investors

The developments surfaced after a Spanish technology firm announced it was pulling out of an agreement to invest in the firm.

Just last week, the JPS announced it had selected Abengoa for the design, engineering and construction of its 190 megawatt power plant in Old Harbour.

The announcement followed the approval by the Electricity Sector Enterprise Team, ESET, for negotiations to begin with US-based New Fortress Energy for the supply of natural gas to the new plant.

Both ESET and JPS had set a timeline for the plant to be completed for commissioning by early 2018.

The JPS yesterday hosted a public meeting with residents of Old Harbour Bay to discuss the findings of an Environmental Impact Assessment, amid the pending construction of the plant.

The plant, when constructed will use Liquefied Natural Gas, LNG, and is expected to push the JPS towards a more flexible generation of electricity and accommodate the increased use of renewables in the energy sector.

JPS says the construction phase of the project will generate employment for more than 400 persons.

But the news out of Spain has cast uncertainty about the entire construction project and the attendant job opportunities here in Jamaica.

JPS wants to decommission the existing fuel-oil plant and move to a natural gas facility to create a cleaner, efficient and more reliable source of power.

The upgrade to this plant reflects the government’s energy policy of generating up to 20 % of Jamaica’s power from renewable sources.

The island currently relies on multiple plants to supply power to the island and Old Harbour is one of its oldest and least efficient plants.

The plant will use a seawater cooling system that returns the warm water without adversely impacting the environment. Abengoa’s design will use the existing infrastructure as much as possible, requiring less power and improving the overall output of the plant.

This project would extend Abengoa’s experience in turnkey combined cycle projects to the Jamaican market.

The company’s other major combined cycle projects include the 640 MW plant in Centro Morelos (Mexico) and the 440 MW combined cycle plant in Portland, Oregon (USA), currently under construction.