Accused in the CMU Corruption Case to Appear in Court 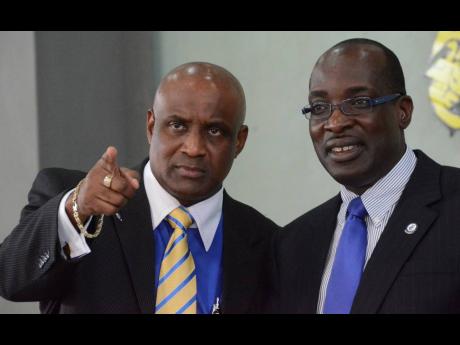 The mention date was set in July when the five accused appeared in the St Andrew Parish Court.

The High Court had ordered that the corruption case against the accused persons to be put on hold pending a judicial review hearing.

In March, the Supreme Court dismissed an application by the Financial Investigations Division, FID, to set aside an order that stayed the fraud trial of the five accused.

They are charged in connection with a fraud and corruption probe into transactions at the Caribbean Maritime University.

Justice Courtney Daye granted leave in June 2021 for Mr. Reid and Mr. Pinnock to apply to the Judicial Review Court to quash the decision of Senior Parish Judge Chester Crooks for the trial to proceed.

Judge Crooks then recused himself from the trial stating that it would be a conflict of interest.

The applicants are contending that Judge Crooks should have disqualified himself from ruling in the matter, and are seeking to have his decision quashed.