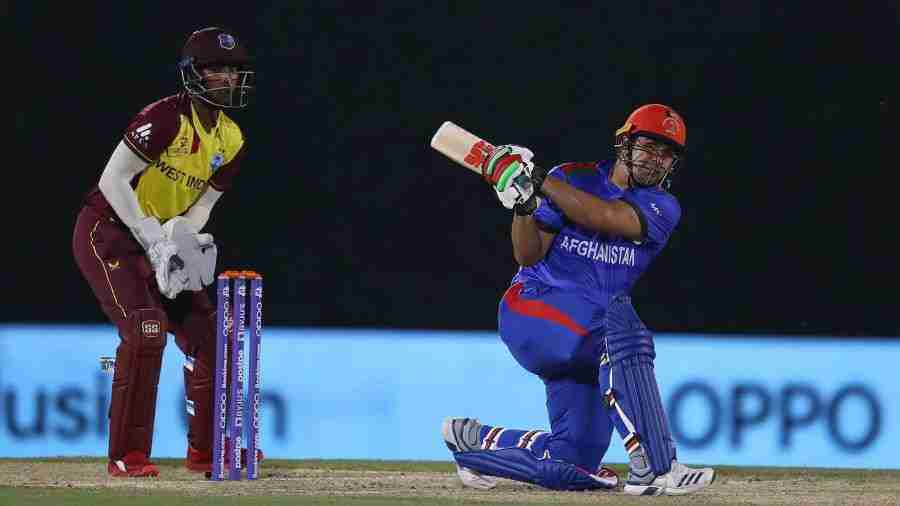 Afghanistan combined a belligerent batting performance with tight bowling in romping to an impressive a 56-run win over the West Indies in both teams’ second and final warm-up match ahead of the T20 World Cup.

The Afghans posted a challenging 189 for 5 from their 20 overs. With both openers posting half centuries, Haza-tullah Zazai (56) and Mohammad Shahzad (54).

Obed McCoy ended with 2 for 43 and there were one wicket a piece for Ravi Rampaul, Hayden Walsh and Andre Russell, who was returning from a lengthy injury layoff.

The West Indies in reply slumped to 27 for 3, before a 70-run partnership between Roston Chase and Nicholas Pooran gave some respectability to the score. Chase top scored with 54, while Pooran’s 35 was the only other significant score.

The Windies eventually stumbled to 133 for 5 and a 56 run defeat.This followed a 7 wicket loss to Pakistan earlier this week.

The Caribbean men will start the defense of their title on Saturday against England in the first match of the Super 12 stage.