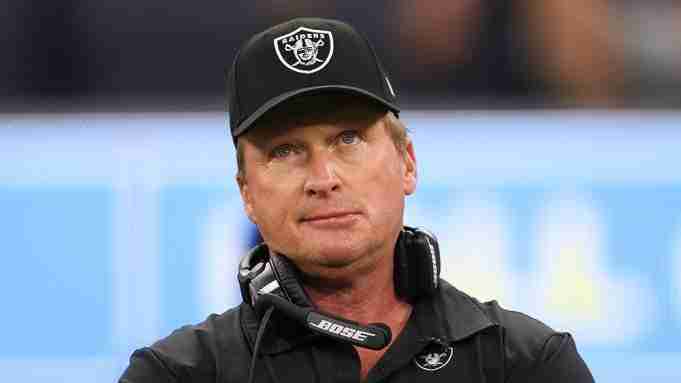 Jon Gruden has resigned as the Las Vegas Raiders’ head coach after allegations of inappropriate emails.

The Wall Street Journal and the New York Times reported the existence of numerous emails that included racist, homophobic or misogynistic terms.

Gruden was working as a commentator at the time before rejoining the Raiders on a 10-year, 100-million US dollars deal in 2018.

“I’m sorry, I never meant to hurt anyone,” the 58-year-old said in a statement to confirm his resignation.

“I love the Raiders and do not want to be a distraction.”

Gruden had a winning record as coach of the Raiders, then located in Oakland, from 1998-2001.

The following season he led the Tampa Bay Buccaneers to their first Super Bowl success and after being sacked in early 2009, took a job with ESPN.

Meanwhile, The NFL has narrowed its options to three cities to become the host of regular-season games in Germany.

The league said in June it wanted to add a German game to its international series, with seven cities believed to register expressions of interest.

Dusseldorf, Frankfurt and Munich have been invited to the candidate phase.