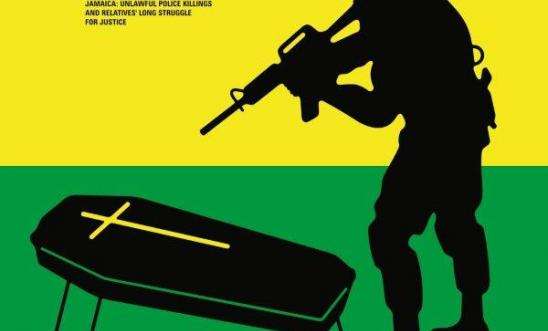 The International human rights watchdog, Amnesty International, is accusing the Jamaican police of using illegal tactics to ensure the relatives of victims they kill unlawfully, do not pursue justice.

Amnesty International made the accusation today in its 2016 report on Jamaica.

The finding was revealed at a media briefing by Amnesty International’s Caribbean Researcher, Louise Tillotson.

Ms. Tillotson says the police have been using intimidation and harassment to sow a culture of fear into the families of victims.

She says in many instances, the relatives being harassed are witnesses to the killing.

Ms. Tillotson says the findings also revealed that the police are showing up at hospitals to prevent family members from seeing their relatives.

She says she also gathered information from the Bureau of Special Investigations and other agencies for this year’s report.

Meanwhile, one woman, Shackelia Jackson, told her own story of police harassment, following the killing of her brother, Nakeia Jackson in 2014.

Ms. Jackson says her family was harassed by the police during the trial of her brother’s murder.

She says the justice system must hold those responsible accountable for their crimes.

Miss Jackson says she’s patiently awaiting a new day of better policing in Jamaica. She cited the government’s expected transformation of the JCF into a police service in the coming years.