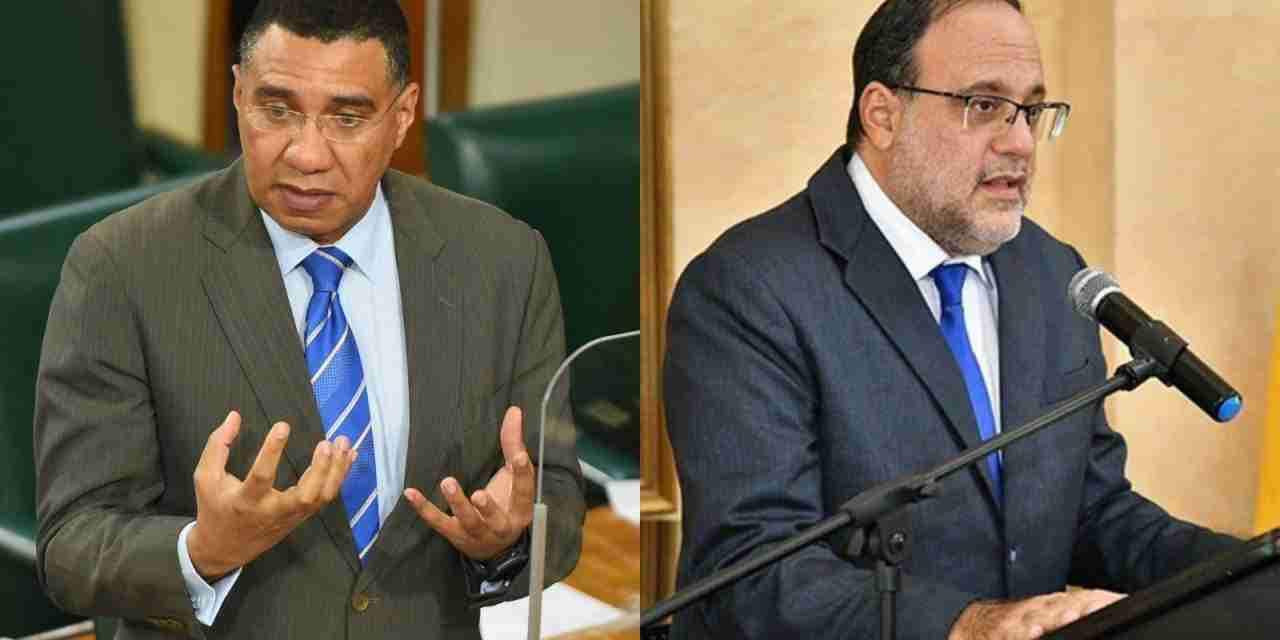 Prime Minister Andrew Holness maintains a double-digit lead over his political rival, Mark Golding in terms of favourability among Jamaicans.

However, he continues to suffer a major deficit compared to the significant praise he enjoyed two years ago.

That’s according to data from the latest Nationwide News Bluedot Poll conducted across all 63 constituencies.

According to the poll, Holness enjoys a positive sentiment among 45% of Jamaicans.

There’s a wide gulf between himself and Golding of 19 points.

Only 26% of those polled viewed the opposition leader positively.

Both political leaders enjoyed a slight bump among those who voted in the last election.

20% of Jamaicans have a negative sentiment toward the Prime Minister while for Golding its 28%.

For overall approval of performance, Holness once again dominates his rival.

43% of Jamaicans approve of his work.

That’s well above the 20% of those with a similar opinion of Golding.

Looking at the trend over the last three years the positive sentiment towards Holness has dramatically fallen.

It’s a decline of more than 20 points.

And, the confidence of Jamaicans in the ability of Holness to tackle the three biggest perceived problems in the country, namely the economy, crime and corruption has fallen sharply compared to two years ago.

In terms of economic matters Holness enjoyed significant confidence of 72% back in 2020, it’s declined to 40% this year.

Confidence in Golding has also fallen.