At Least 12 Killed During Al-Shabab Attack on Somali Hotel 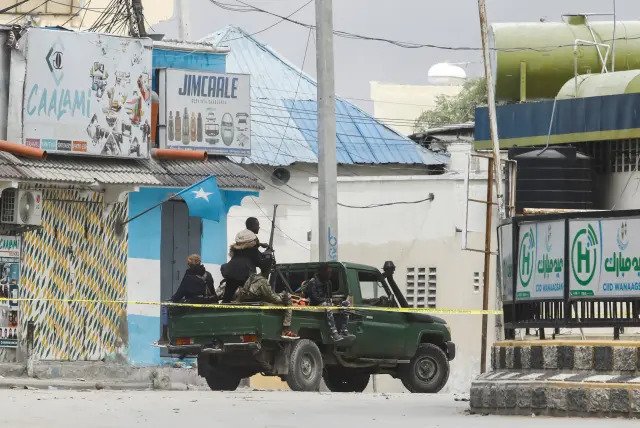 And at least 12 people are now known to have died after al-Shabab militants stormed a hotel in the Somali capital, Mogadishu, on last night.

Attackers detonated at least two explosives outside the hotel before entering the building and opening fire.

Continued gunfire and explosions were reported on this morning as security forces battled an unknown number of gunmen still inside holding hostages.

Dozens of guests and staff members have been rescued.