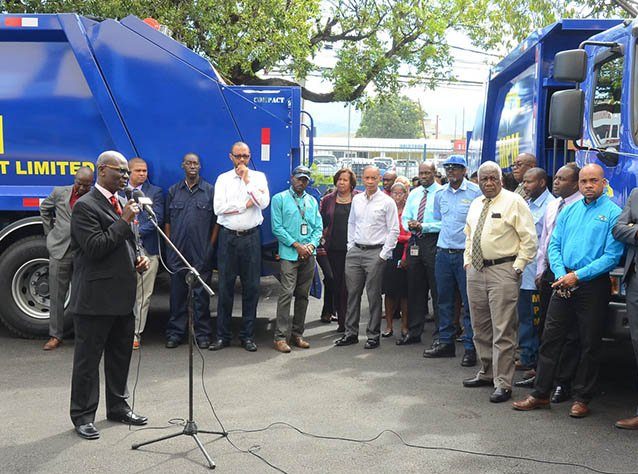 Auditor General, Pamela Munroe Ellis, has concluded that no meaningful progress has been made in achieving the country’s vision 2030 solid waste management goals.

That’s according to a performance audit of the National Solid Waste Management Authority, NSWMA.

The report notes that the vast majority of targets remain outstanding with no evidence that neither the NSWMA nor its parent ministry Local Government, are working towards implementation.

According to the audit, under the country’s Solid Waste Management Framework, of 30 actions to be undertaken, 28 remain outstanding. Furthermore, of the two which have been implemented neither has been satisfactorily completed.

The NSWMA is responsible for 19 of the outstanding actions. However, it can also take credit for the two which have been partially implemented.

The Ministry of Local Government and Rural Development has responsibility for five, and to date none has been achieved.

The Auditor General notes for example, that since 2012, NSWMA was charged with spearheading the revision of the governance framework and the National Solid Waste Policy for waste management.

Whereas NSWMA drafted and submitted these to the Chief Parliamentary Council for review, between 2013 and 2015, these regulations are yet to be promulgated.

Munroe Ellis says based on her review of the minutes of NSWMA’s Board meetings, no evidence of discussion relating to the Authority’s strategic deficiencies, direction and the National Solid Waste Policy for waste management could be gleaned.

In addition, no evidence could be found that the Local Government Ministry, which is responsible for separating the regulatory and operational functions of NSWMA, provided strategic support for the implementation of this action.

According to the Auditor General with approximately eight years remaining for Jamaica to achieve the goals under Vision 2030, these actions, which would serve to assist NSWMA in its waste management functions are yet to be achieved.