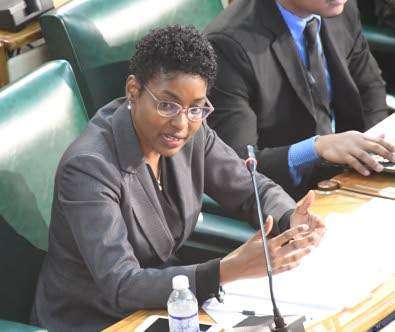 According to the Auditor General the DCS did not submit three Appropriation Accounts with approved budgets totaling just over $22 billion over the past three fiscal years.

Her report also says the 2017-18 Appropriation Account with approved budget over seven billion dollars was submitted 18 months after the prescribed due date.

The report was tabled in the House of Representatives on Tuesday.

It says DCS’ failure to submit Appropriation Accounts has prevented the timely assessment of its records by the Auditor General thus significantly delaying the corrective actions to be taken and the imposition of appropriate sanctions on officers, where applicable.

The Auditor General also says they were unable to satisfy themselves that DCS received value from $185 million paid to four contractors between fiscal year 2016/17 and 2017/18.

This came to being because the contracts, requisite procurement documents and minutes of procurement meetings were not presented for audit review.

Additionally, in breach of the GoJ Procurement Guidelines, DCS utilized the direct contracting methodology to award contracts, totaling, $55 million, to four contractors for the supply of uniforms.

The contract values, which ranged between six-million and $19 million, surpassed the approved direct contracting threshold and required the use of the limited tendering and local competitive bidding methodologies.

The report says two of the contractors whose values totaled $25 million, did not possess valid Tax Compliance Certificates at the time of contract award.