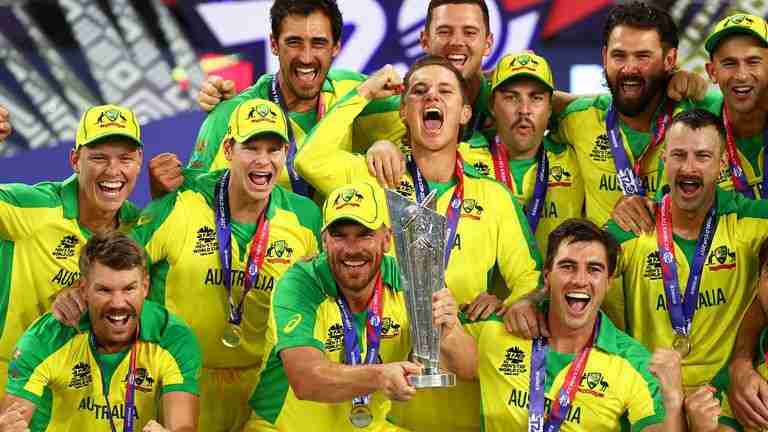 Australia have won their first ever T20 World Cup title, in the process, securing a clean sweep of senior men’s international honours.

Batting first New Zealand scored 172-for-4 off their 20 overs. Captain Kane Williamson led from the front, top scoring in the final with 85 from 48 balls. Willams was supported by 28 from opener Martin Guptill and 18 from Glenn Phillips.

Josh Hazlewood took three wickets for the Aussies with Adam Zampa getting the other.

Set 173 to win Australia chased the score with seven balls remaining. Mitchell Marsh was the leading man with the bat for the Aussies scoring 77. Opening David Warner chipped in with 53 and Glenn Maxwell scored 28.

Australia’s David Warner has been named player of the tournament having scored 289 runs, the second most, during the World Cup.

Warner’s teammate Mitchell Marsh was named player of the match for the finals.