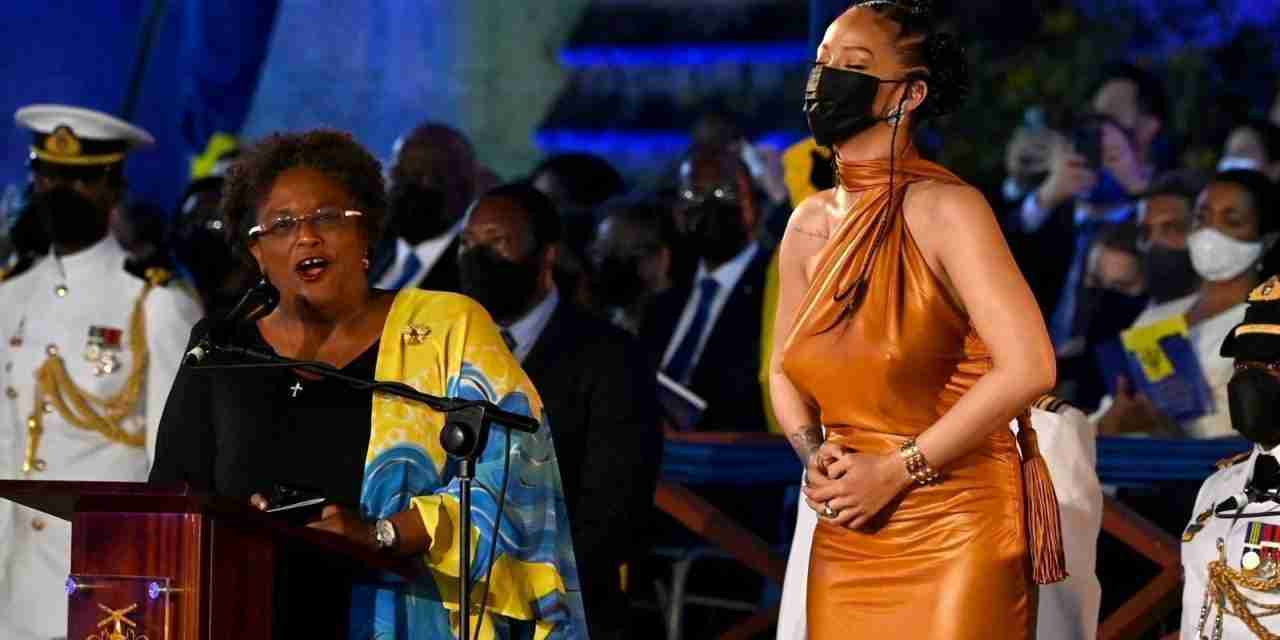 Barbados last night became a republic following a ceremony which formally cut ties with the British monarchy and removed Queen Elizabeth the second as head of state.

During the ceremony, the Royal Standard flag representing the queen was lowered and Dame Mason, was sworn in as President.

The new republic was born to the cheers of hundreds of people who lined Chamberlain Bridge in Barbados’s capital, Bridgetown, at the stroke of midnight.

A 21-gun salute was fired as the national anthem of Barbados was played while a festive gathering at Heroes Square watched on.

Barbados National Hero, cricket legend, Sir Garfield Sobers and the heir to the British throne, Prince Charles, were among those who attended the ceremony.

Meantime, Barbados Prime Minister, Mia Amor Mottley, announced during the ceremony that 33-year-old international music superstar and the eastern Caribbean island’s most famous citizen, Rihanna, has been accorded the honour of being Barbados’ 11th National Hero.