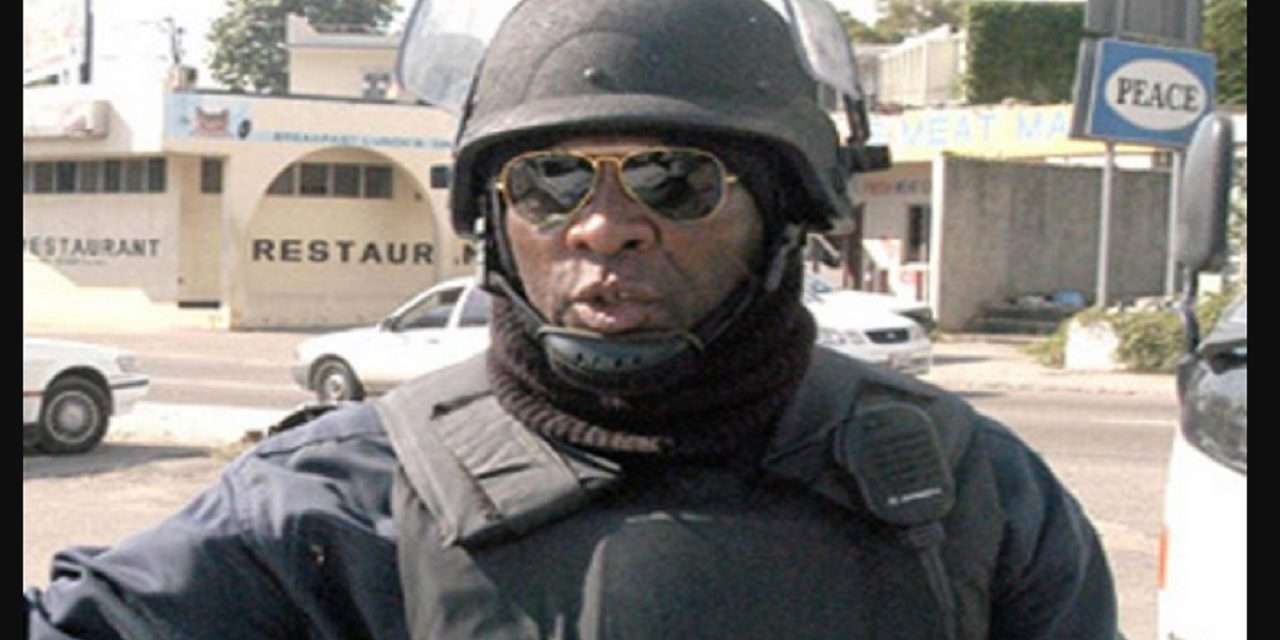 The Government of the United States has issued an order barring popular Jamaican Retired Senior Superintendent of Police, SSP Reneto Adams, from entering the US.

Adams and five of his former colleague Jamaica Constabulary Force, JCF, members who were involved in the 2003 killing of two men and two women in Kraal, Clarendon, have had their United States visas revoked.

The retired SSP and his five former colleagues are being accused by the US Government of having participated in extra-judicial killings, an allegation which they’ve strongly denied.

The order barring Adams and his former JCF colleagues from entering the United States was published on the US Department of State website, yesterday, as part of activities to mark Human Rights Day.

The State Department says it’s announcing the public designation of 17 officials of foreign governments and their immediate family members under Section 7031(c) of the Department of State, Foreign Operations, and Related Programs Appropriations Act 2020.

The State Department says it’s designating Reneto DeCordova Adams along with five of his then colleague Policemen, who participated in the controversial Kraal operation, persona non grata in the US.

According to the United States Government, Adams and his former colleagues are barred from entry to the USA, due to their involvement in gross violations in human rights in Jamaica.

According to the United States Government, in their capacity as officers in the Jamaican Constabulary Force Crime Management Unit, CMU Adams and the other Jamaican Policemen were involved in the extrajudicial killings of four people on May 7, 2003.

The State Department says immediate family members of Adams and his former colleagues are also covered by the designation preventing them from entering the US.

The publication from the US Department of State said it values its close partnership with the Jamaican government and people, and its action yesterday underscores its support for human rights and its commitment to promoting accountability for perpetrators of human rights violations in Jamaica and around the world.

Several former Government officials from El Salvador and one official from China, also had their US visas revoked under the same order which was published yesterday by the State Department.

In 2005, Adams and his former colleagues were freed by the Court in Jamaica after they were arrested and charged for murder in connection with the killings in Kraal.

The Governments of the United States and the United Kingdom reportedly took strong interest in the investigation due to their access to intelligence connected to the Police operation in Kraal in which the men were killed .

However, the intelligence was reportedly not admitted into evidence during the trial which concluded with Adams and his then colleagues being acquitted.

During the trial, Adams and his former colleagues were accused by Prosecutors in Jamaica of cold blooded murder and placing guns on the four people they killed.

The retired Senior Superintendent of Police and his then co-accused strongly denied the allegations and alleged that the people were killed during a shootout.

For many years, Reneto Adams drove fear into the hearts of some criminals and was reputed for his alleged no-nonsense approach to crime fighting.

However, the colorful retired SSP’s tenure in the JCF was plagued by allegations of extra judicial killings.

In 2008, Adams, who’s now 70-years old, retired from the JCF at the level of Senior Superintendent of Police, after a career in the organization which spanned 41 years.