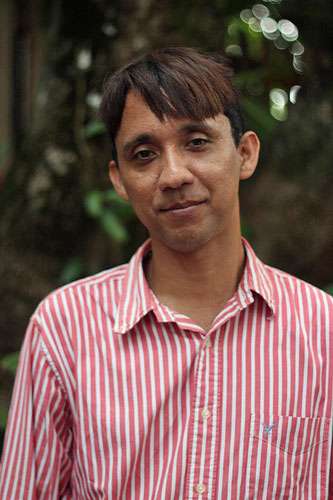 The Chief Justice of Belize, Kenneth Benjamin, has ruled that the country’s buggery law is unconstitutional.

The Chief Justice delivered an oral decision in the Supreme Court this morning.

He found that Section 53 of Belize’s Criminal Code, the Unnatural Crime law, violates the right to privacy and the human dignity of gay men.

The historic decision nows sets a legal precedent in the Commonwealth Caribbean.

It’s also being seen as a major victory for the movement to end discrimination against LGBT persons throughout the region.

It will now have implications for the case filed in Jamaica’s Supreme Court in June by Maurice Tomlinson, who’s challenging the constitutionality of Jamaica’s buggery law.

More than six years after the case was originally filed in the Supreme Court, a victory for Caleb Orozco, the face and voice of Belize’s gay rights movement.

In the groundbreaking decision, Chief Justice Benjamin ruled that Orozco has legal standing to bring his claim and did not need to show that he was being actually prosecuted under Section 53.

Chief Justice Benjamin says the very existence of the law made Orozco an “un-apprehended felon”.

The Court also argued that it could not shirk its responsibility in interpreting whether any law is inconsistent or not with the Constitution and therefore could not simply abdicate its power to the legislature.

Orozco, in a stunning victory, won on all points of his claim.

The Chief Justice ruled that Section 53 is inconsistent with the Constitution of Belize because it violates the right to human dignity, privacy, freedom of expression and non-discrimination and equality before the law and equal protection of the law.

The Court then amended Section 53 of the Criminal Code to exclude consensual sexual acts between adults in private.

Additionally, the Chief Justice ruled that the definition of “sex” in Section 16 (3) of the Belize Constitution includes ‘sexual orientation’.

This now makes it illegal to discriminate against any person on the basis of their sexual orientation.

It’s a massive and far-reaching ruling. But Orozco says there’s still a long way to go before the LGBT community enjoys all the rights and privileges of everyone else under the law.

The Belize Council of Churches, which was a very vocal interested party in the case, has vowed to appeal the decision.