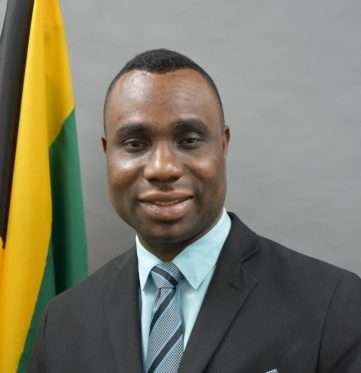 Former Permanent Secretary in the Ministry of Education, Dean Roy Bernard, is hitting back at the Auditor General’s report calling into question his management of the Joint Committee of Tertiary Education, JCTE.

He’s responding to the special report which says no proper oversight was given to the committee and called for an anti corruption investigation to account for $124 million provided by the Ministry between 2018 and 2020 to the committee.

Mr. Bernard says the the conclusions in the report are without basis.

That’s Dr. Bernard’s response to suggestions that inadequate oversight was provided by the Ministry of Education to the JCTE.

He says this has not been proven by the documentation provided in the Auditor General’s report.

The Auditor General says despite the Permanent Secretary’s fiduciary responsibilities the MoE transferred millions to the JCTE without identifying an accountable officer in contravention of the Financial Management Regulations.

Mr. Bernard was the Permanent Secretary in 2017.

However, Mr. Bernard says he’s disappointed that he was not given a draft of the report to properly respond.

The report also found that in January 2017, at the request of the JCTE’s leadership, the Permanent Secretary wrote to the Commissioner General of Tax Administration of Jamaica, requesting a TRN for the entity

Mrs. Munroe Ellis says her office found no evidence that the Permanent Secretary sought approval from the Ministry of Finance to provide the JCTE with the said TRN.

But Mr. Bernard is challenging that finding.

Mr. Bernard is currently in a legal dispute with the government over his re-assignment from his post as Permanent Secretary.