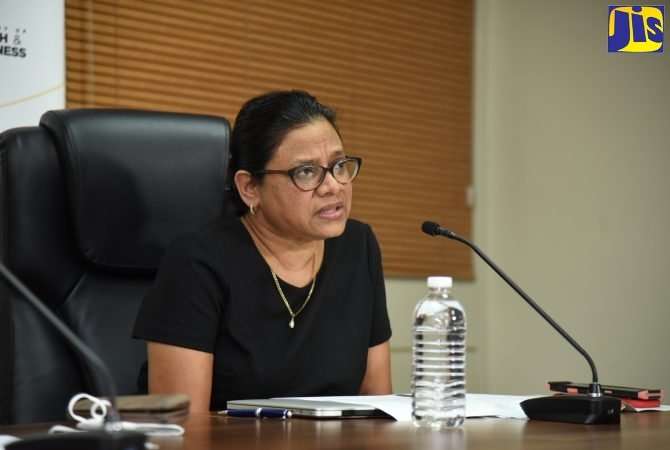 Chief Medical Officer, Dr. Jacquiline Bisasor McKenzie, is warning Jamaicans that though there may be some level of natural immunity from COVID-19 in the population, the potential for a spike remains a real risk.

The CMO made the comment while addressing the surge in new COVID cases in parts of Europe, the United States and China.

The CMO says she’s sure there is some amount of natural immunity present in the population, but Dr. Bisasor McKenzie says the protection appears to be short lived.

She says the sub variants continue to pose a threat.

The latest COVID variant has been identified as XBB.1.5.

Dr. Bisasor McKenzie say while the variant has not been shown to cause severe illness, Jamaicans should pay attention to it.

She says this is especially true because the country’s vaccination rate continues to be below 30-percent.

The CMO says while hospitalisations remain low, there are signs of an increase in the positivity rate.