Blessing Okagbare Fails Drug Test, Out of the Olympics 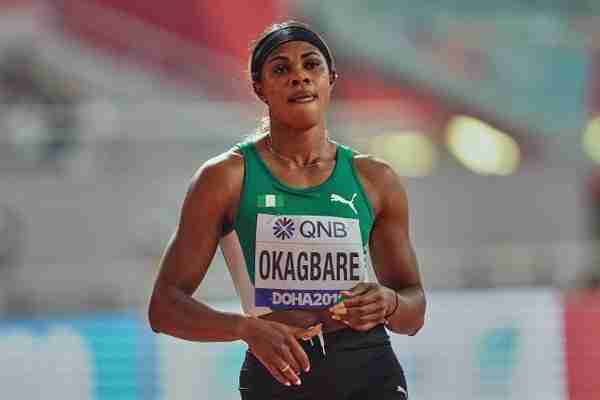 Nigerian sprinter Blessing Okagbare has been provisionally suspended by the Athletics Integrity Unity after an out-of-competition test came back positive for human growth hormone.

Okagbare will no longer compete at the Tokyo Olympics, where she was set to run in the women’s 100-meter semifinal. The drug test sample was analyzed in a laboratory accredited by the World Anti-Doping Agency and when the positive test was discovered, the AIU was notified.

Word was passed along to Okagbare while she was in Tokyo after she competed in the first round of the 100m on Friday. Okagbare is an Olympic silver medalist in long jump from the 2008 Games.

The AIU issued the following statement:

“Earlier in the week, the AIU announced 20 athletes had been pulled from competing at the Olympics because they did not meet mandatory drug testing requirements being from countries that are considered ‘high risk’ if their respective anti-doping protocols are not up to par. 10 of the athletes were from Nigeria and the Athletics Federation of Nigeria admitted to lapses on their anti-doping control. Several of the athletes staged a protest within the Olympic Village on Friday.”