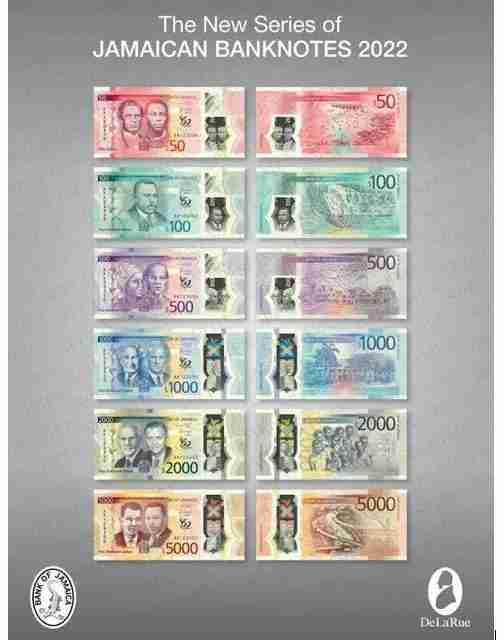 The Bank of Jamaica, says it’s unable to release the cost to redesign and print the country’s upgraded banknotes due to a non-disclosure agreement.

That’s according to a statement from the central bank Friday afternoon. It follows their denial of an Access to information request regarding the cost.

The new banknotes are designed to ease use for the visually impaired as well as make to transactions easier. They’re set to be put into circulation at the end of this year.

The Central Bank awarded the contract to redesign and print the upgraded notes to the UK based firm De La Rue.

The BOJ while acknowledging the valid concerns regarding the provision of information about the cost of the upgraded banknotes says it’s unable to disclose such information as the terms and conditions of its contract.

According to the Bank, this information including the cost is subject to a strict confidentiality agreement. It says personnel engaged in the procurement process were required to sign non-disclosure agreements prohibiting them from disclosing the settled payment terms.

The BOJ says disclosure would therefore expose the Bank to legal action for a breach of contract.  It says the Access to Information Act exempts the disclosure of information relating to the terms of the Contract as to do so would be an actionable breach of confidence.

However, the bank defended the selection of De La Rue as the successful printer was the result of a rigorous procurement process conducted by the Bank with the final recommendation being approved by the Minister of Finance and the Public Service.

It says the procurement process was consistent with the Government’s procurement guidelines. The Central Bank says six reputable banknote printers submitted bids which were assessed by a committee of the Bank’s currency experts.

While the bank says it’s unable to provide the cost it set the average cost of printing banknotes over the last three years as approximately US $7 million per annum.

It says for the upgraded banknotes, the cost will initially be higher given  the significantly larger quantities to be ordered as the redesigned notes will fully replace the current notes over time

However, the BOJ argues that the new materials used in the notes will result in cost savings for the Bank over time as the average useful life of the banknotes will increase by at least 50 per cent.