More than 60 women and children have been abducted in northern Nigeria by Boko Haram militants.
The abductions are said to have taken place during a series of raids over the past week on villages in Borno state.
The BBC says dozens of people were killed in the attacks, and people have been fleeing the villages.
Boko Haram is still holding more than 2-hundred girls it captured in the town of Chibok on April 14.
Boko Haram is demanding the release of its fighters and their relatives, in exchange for the girls.
But the Nigerian government has rejected this. 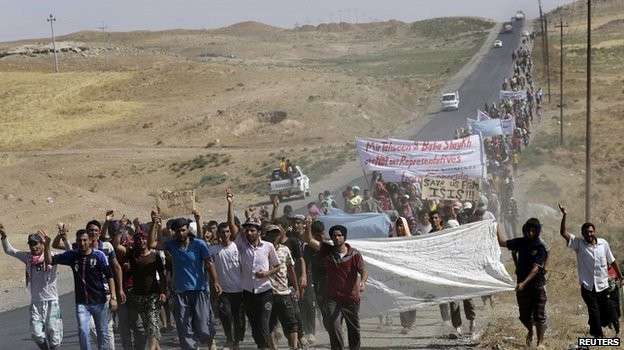