Brady’s Lawyer Wants Case Considered a Civil Rather than Criminal 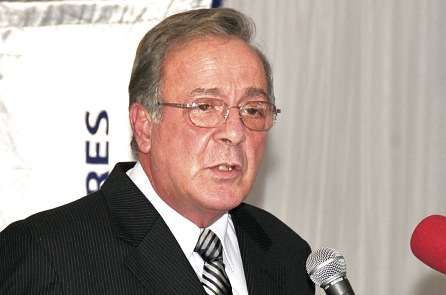 Lawyers representing prominent attorney, the Jamaica Labour Party’s, Harold Brady today filed an application for his case to be removed from the Criminal Court and considered a civil matter.

Brady was released from custody this afternoon after he was offered 3-million dollars bail by Senior Resident Magistrate, Judith Pusey.

He’s accused of fraudulent conversion in connection to the sale of a multi-million dollar property in Stony Hill which belonged to businessman, Jeffrey Panton.

Panton has accused Brady of failing to turn over 3-hundred-and-17-thousand US dollars from the sale.

Abka Fitz-Henley was at the Half Way Criminal Court today as Brady faced RM Pusey.

Harold Brady’s attorney, Abe Daboub this morning told the Court that the money was not turned over to Panton  because the bank did not release the funds after it was converted to US currency.

Mr. Dabdoub said there is no disagreement that the money was converted to US currency by Brady because Panton had asked him to do so.

The attorney said his client had not acted criminally and therefore the issue should properly be placed before a civil court.

RM Pusey said at a later date she’d consult the case of ‘Lloyd Gibson’ before deciding which Court should hear the complaint against Brady.

Brady was ordered to return to Court on March 27 for a mention date.

He was also told to surrender his travel documents and  submit his finger prints to the Police. A stop order has been placed on him at the nation’s ports.

Defence attorney, Peter Champaigne, who was in Court this morning, has been retained to watch proceedings for Mr. Panton and his wife.

Tempers flared this morning when the Clerk of the Court, Hansurd Lawson told RM Pusey that Brady is accused of not paying over 37-million Jamaican dollars despite receiving payment for the property.

Dabdoub accused Lawson of being misleading, disingenuous and out of order and questioned the Clerk’s competence.

Mr. Dabdoub said the Clerk was being disingenuous because in his statement to the Police, Mr. Panton did not speak about Jamaican dollars but referred to US currency.  RM Pusey told Dabdoub and Lawson to cool tempers.

Brady walked into the prisoners dock at 10:15 this morning.
He grinned and shook hands with a man who greeted him when he entered the court.

One of Brady’s attorney’s Raymond Clough asked him – “yuh alright”.
He smiled and said yes.

Shortly after Court, Mr. Dabdoub told media personnel he’d not comment on any matter regarding the criminal charge facing his client.