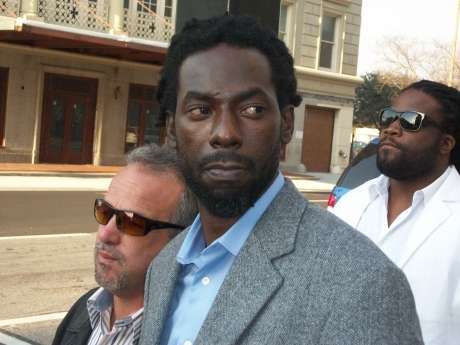 A US Court of Appeal has dismissed Buju Banton’s request for a new trial.

Banton – whose real name is Mark Myrie – is serving a 10-year sentence on drug-related charges.

This, after he was arrested at his South Florida home in December 2009 and charged with conspiracy to distribute five or more kilogrammes of cocaine.

His arrest followed a sting operation at a Drug Enforcement Agency-controlled warehouse in Tampa, Florida.

Two other men, who were attempting to purchase cocaine from undercover agents, were also arrested and charged.

The US Appeals Court granted a request by Banton’s laywers to present oral arguments regarding his efforts to obtain a new trial last August.

However, in a ruling yesterday, the court said it does not have jurisdiction to hear the appeal.

Banton has maintained his innocence.

He says he was entrapped by the United States government.

His lawyers are also arguing that there’s clear evidence of juror misconduct.