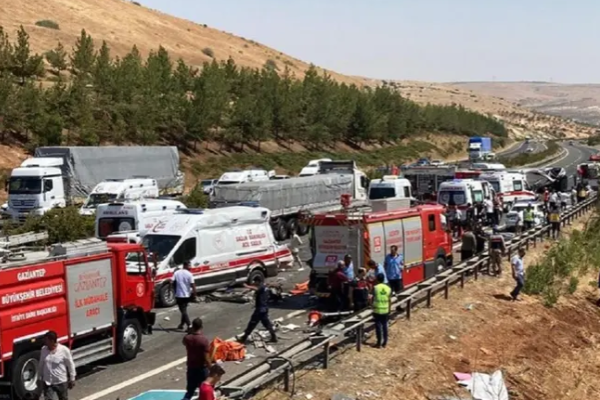 A bus has hit the scene of an earlier road accident in Turkey, killing 16 people and injuring 21.

The incident happened near the southern city of Gaziantep on Saturday morning.

The dead include firefighters, rescuers and a team of journalists who had been sent to a site where a vehicle had left the road.

The bus struck the group, skidded and overturned 200 metres away.

Reinforcement teams were then sent to take the injured to nearby hospitals.