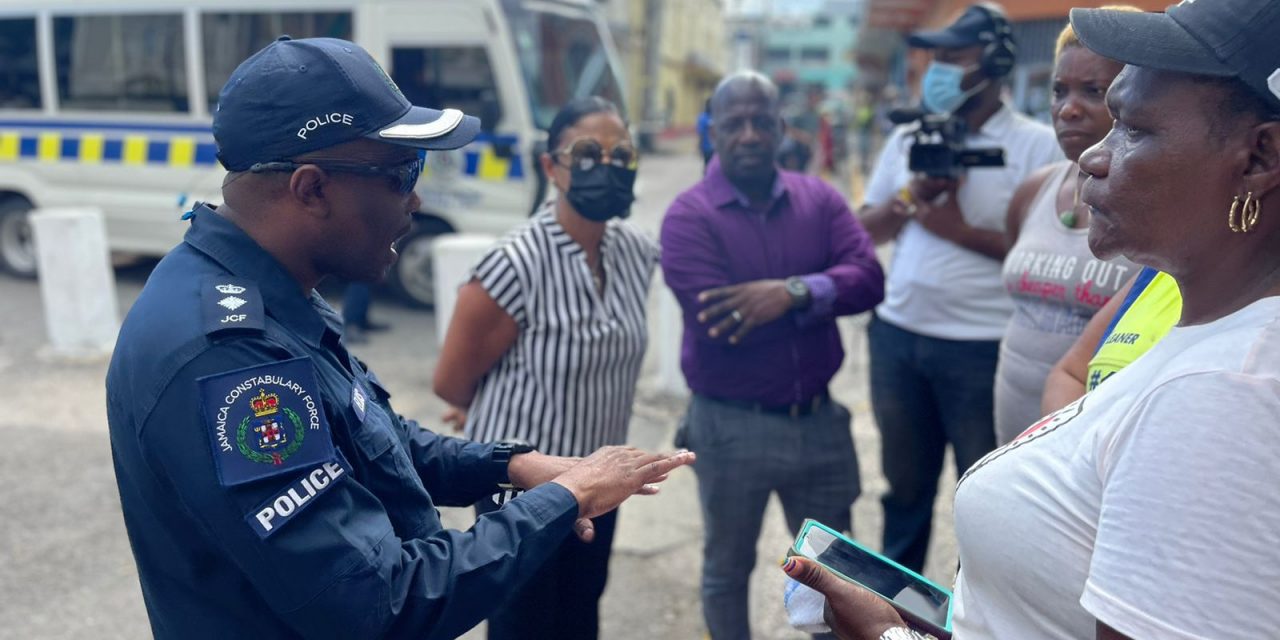 Several members of the St James business community are hailing the efforts to restore order in Montego Bay, St. James.

The 14 days and is aimed at curtailing widespread illegal vending, indiscipline among taxi operators and other forms of public nuisance.

Among them is Caribbean Producers Jamaica chairman, Mark Hart.

Mr Hart’s sentiments are echoed by chairman of Margaritaville Caribbean Group, Ian Dear, who believes the programme should be given a national scope.

Hotelier Robin Russell joins calls for the operation to be extended beyond 14 days.

All three were speaking following the official renaming of the Southern Cross Boulevard to the Tony Hart Boulevard.