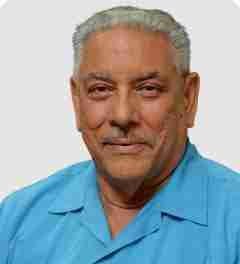 Moss-Solomon passed away just before 1:00 this morning at the University Hospital of the West Indies, the UHWI.

His condition deteriorated and he subsequently succumbed.

The passing of the former private and public sector bigwig is generating shock in sections of the business community in Jamaica and overseas.

James Moss-Solomon, who’s affectionately known as Jimmy, is a former President of the Jamaica Chamber of Commerce, JCC and ex-Chairman of the Board of Directors of the UHWI.

Mr. Moss-Solomon is also former Vice President of the Private Sector Organisation of Jamaica, the PSOJ.

Moss-Solomon also represented Jamaica at the Commonwealth Games and the Central America and Caribbean Games in swimming and water polo.

Moss-Solomon was a talented musician who was skilled on the keyboards, guitar and bass.

In 2012, he was given a national honour, the Order of Distinction (Commander Class).

He was also a Justice of the Peace.

Mr. Moss-Solomon was a past student of McMaster University in Ontario, Canada and Jamaica College.

Mr. Moss-Solomon is survived by a host of family members including his children, Jeffrey, Damian, Sarah, and Joseph.

In one of his final public interviews, Moss-Solomon recently appeared on Nationwide 90FM and commented on a potential link between drug trafficking and foreign exchange coming into Jamaica.

His comments came after a plane crash in Clarendon, where two Mexicans who were aboard, escaped and are said to have departed Jamaican shores undetected.