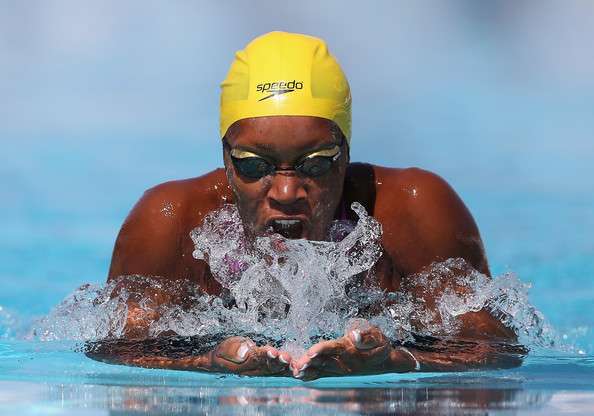 Alia Atkinson won her fourth medal and Jamaica’s fifth of the Central American and Caribbean Games in Colombia, yesterday.

Atkinson finished third in the women’s 100-metres Butterfly. The event was won by Miriam Hernandez of Mexico. Atkinson now has 3-gold and a bronze.

Jamaica’s women’s basketball team registered their first win of the Games when they beat Guatemala 62-37.

In men’s hockey, Jamaica suffered their second loss going down 5-nil to Cuba. The national women’s hockey team will go in hunt of back-to-back victories and claim a spot in the top four when they tackle Trinidad and Tobago in a Pool B encounter this afternoon at 2.

The Jamaicans beat Guatemala 5-nil on Sunday in their second game to move to three points. Barbados also have the same number of points, after clipping Jamaica 3-0 in their opener, before suffering a come-from-behind 2-1 loss against Trinidad and Tobago.

The Trinidadians head the group with maximum six points after trouncing Guatemala 12-nil. All three teams can end with six points, should Jamaica beat Trinidad and Tobago and Barbados beat Guatemala as expected.

This means goal difference could decide which top teams go to the medal play-offs and those fighting for the minor placings.

The Jamaicans are on three points the same as Colombia and Venezuela, but the Reggae Girlz needed to win by two clear goals if they were to join Costa Rica in the second round.

Jamaica’s contingent continued to swell with the karate and boxing representatives joining the group on Sunday night.

A total of 26 members of the track and field contingent were due last night.