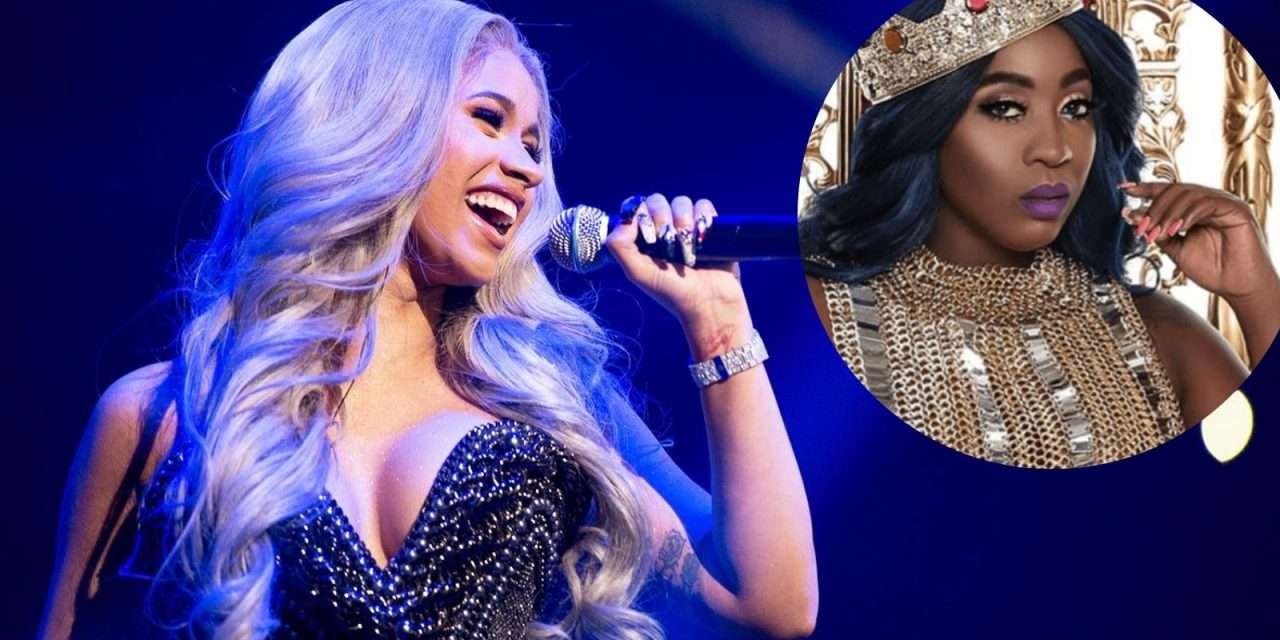 Hip-Hop sensation Cardi-B, says she’s not ruling out including dancehall music on future projects despite thinking she’ll be ‘out of her lane.’

Cardi-B whose given name is Belcalis Marlenis Almánzar is known the world over as one of dancehall’s biggest fans.

The Bodak Yellow artiste even made her last birthday party dancehall themed.

However, speaking on popular radio host, Angela Yee’s podcast, Lip Service, Cardi B said she would only venture into dancehall music if she can produce an authentic sound.

Despite her own reservations, after admitting to being nervous while doing dancehall and reggaeton, Cardi-B was encouraged by the other members of the panel to explore the genre.

Cardi-B is from the Bronx, New York, where there is a heavy Jamaican cultural influence.

Fans of the rapper will have seen numerous posts of the WAP artiste, singing and dancing to dancehall music.

Cardi-B named Dancehall Queen Spice, as one of her biggest influences. She counts herself as a Spice superfan.

The 29-year-old says there could be a potential collaboration with Spice.