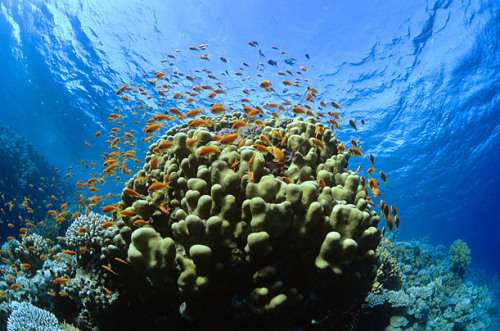 The coral reefs in Jamaica and other Caribbean countries may disappear in the next 20 years.

That’s due mainly to the loss of certain fish species due to pollution and over-fishing.

So says a new report from the International Union for Conservation of Nature, IUCN, and the United Nations Environment Programme, UNEP.

It found that the Caribbean corals have declined by more than 50% since the 1970s.

It says only one-sixth of the original coral cover in the Caribbean is left.

A Director of IUCN says ‘the rate at which the Caribbean corals have been declining is truly alarming’.

But, he says the study brings encouraging news. That the fate of Caribbean corals is not beyond control and there are concrete steps that can be taken to help them recover.

Climate change has long been thought to be the main culprit in coral degradation.

But the IUCN says while it does pose a serious threat by making oceans more acidic and causing coral bleaching, its report shows that the loss of the parrot fish and sea urchin, has, in fact, been the key driver of coral decline in the region.

Parrot fish and sea urchins are the area’s two main grazers. Grazers are important fish in the marine ecosystem as they eat the algae that can smother corals.

An unidentified disease led to a mass mortality of the sea urchin in 1983. And extreme fishing throughout the 20th century has brought the parrot fish population to the brink of extinction in some regions.

The loss of these species breaks the delicate balance of coral ecosystems and allows algae, on which they feed, to kill the reefs.

The report says reefs where parrot fish are not protected have suffered tragic declines, including in Jamaica.

The region’s coral reefs are vital to its economies, supporting over 40-million people.

They generate more than $USD3B annually from tourism and fisheries and much more in other goods and services.

The study by the IUCN is reportedly the most detailed and comprehensive of its kind published to date.

It’s the result of the work of 90 experts.

It contains the analysis of more than 35-thousand surveys, conducted at 90 Caribbean locations since 1970.

The report calls for greater compliance and enforcement of the new management strategies. Including restricting or banning fishing practices that harm parrot fish.