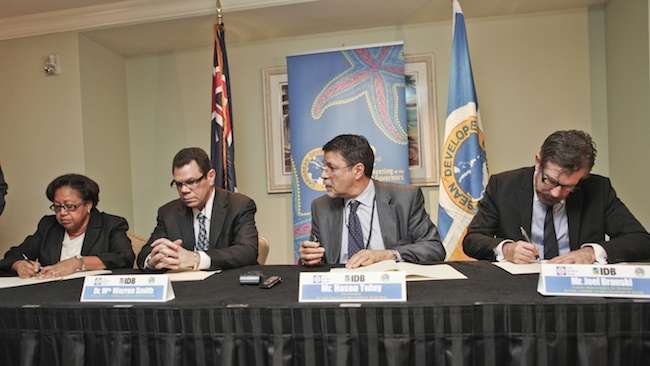 The Caribbean Development Bank, CDB, is projecting that regional economies will  grow by an average 2-percent this year.

In its annual outlook for the region published yesterday, the Barbados based CDB says it expects expansions in all 19 Borrowing Member Countries or BMCs.

Like 2014, the CDB expects most regional economies to grow between 1-and-3-percent.

The strongest performances are projected in tourism and construction, along with some improvement in commodity exports.

The Bank’s preliminary forecast also reflects an anticipation of moderate improvements in the economies of the region’s major trading partners such as Jamaica and Trinidad and Tobago.

According to the CDB, its cautiously optimistic of further strengthening of the regional recovery.

The CDB says Trinidad and Tobago, which accounts for nearly a third of the region’s total GDP, slowed considerably to record modest growth last year.

This outturn came in the wake of operational challenges and the significant drop in oil prices during the year.

It says this suppressed petroleum output, thereby driving a decline in the mining and quarrying sector.

The CDB says there were indications last year that most of its borrowing member countries benefited from increases in foreign direct investment, FDI, particularly for tourism-related construction.

The CDB says notwithstanding the ongoing recovery and positive outlook for 2015, the need for further fiscal consolidation and greater savings means, that much of the impetus for growth and job creation must come from the private sector, including through FDI.

The Bank is urging governments to undertake structural and other reforms to create the kind of legal and regulatory environment that can attract investment.

It says this will allow the private sector to function as the true engine of growth.