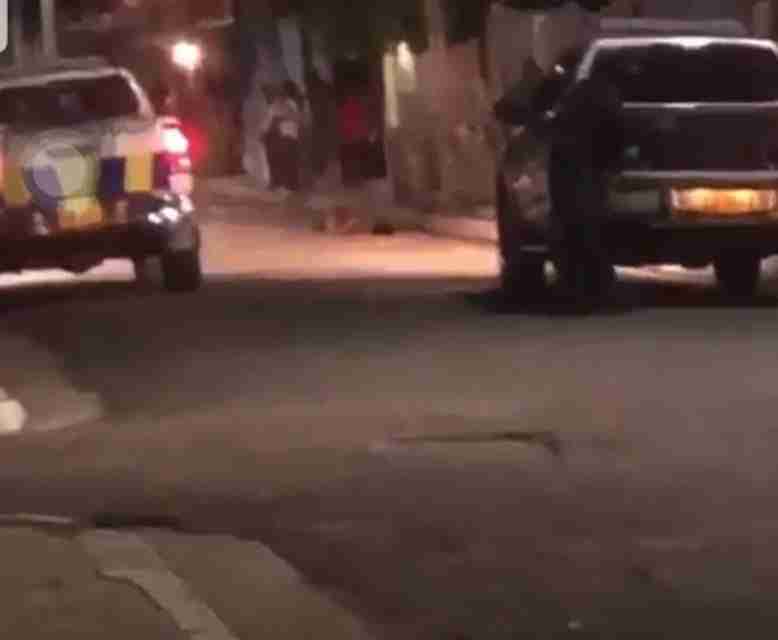 The Central Kingston Police are processing the scene of a murder.

Our news centre is informed that a male has been shot and killed on Fleet Street in the Parade Gardens community known as Southside.

The person is unidentified. But police sources have told our news centre that he succumbed to his injuries.

The community has been plagued by warring gangs in recent weeks. The Genasyde and Darksyde gangs are engaging in a bloody turf war that has claimed more than a dozen lives.

The police have not determined a motive for this killing.

Our news centre has also received an audio recording of what sources say is the moment of the shooting.