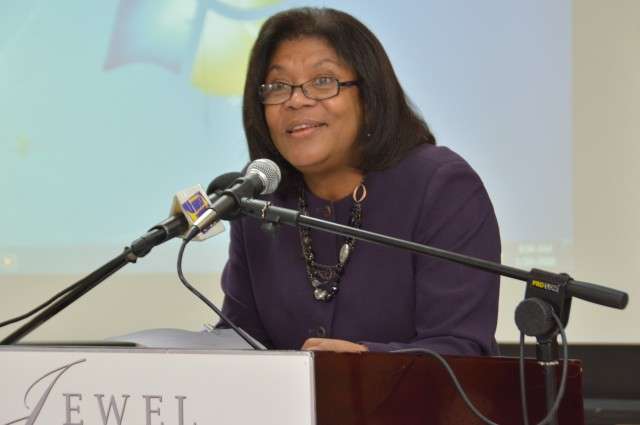 Chief Justice, Zaila McCalla, is hitting back this afternoon against criticisms by the Police Commissioner about the long time it takes for cases to be tried in the courts.

Speaking at a media briefing on Tuesday, Commissioner George Quallo, lamented the slow pace of the judicial system.

He pointed out that based on the trend, people who’re charged for offences this year are not likely to stand trial until 2024.

In a statement last night, Chief Justice McCalla, says members of the judiciary have taken note of the Commissioner’s comments.

She says despite the human and physical resources constraints, the judiciary has been undertaking several case management initiatives to increase the efficiency of court operations.

Justice McCalla notes that among the measures are sensitization sessions with stakeholders including police, defense lawyers, prosecutors and medical professionals.

She says it’s been repeatedly emphasized that for the measures to be successful it’s not enough for accused persons to be arrested and charged.

But cases must be properly investigated, case files adequately completed and presented to the court early.

This, in order to allow accused persons to be aware of the case they have to meet.

And, the Chief Justice says the Ministries of Justice and Finance also have a responsibility to provide adequate physical and human resources to enable the courts to handle the heavy case

loads. She says such provisions continue to be woefully inadequate.

According to Justice McCalla this has negatively affected the courts’ ability to deal with the number of cases in the system.

Police Federation and OPM at Odds Over Letter to Holness

No Student Left Behind