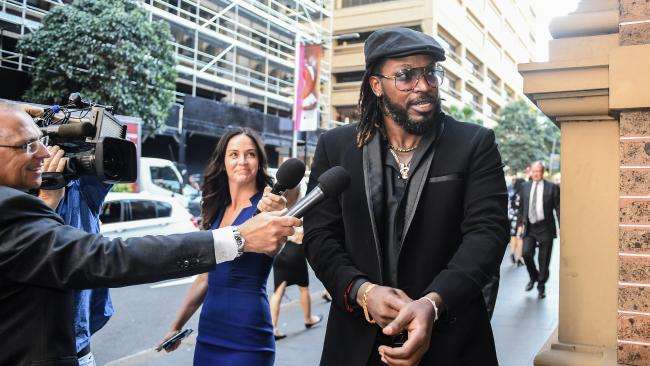 West Indies cricketer Chris Gayle has won a defamation case against an Australian publisher over articles that said he exposed himself to a female massage therapist.

A jury in Sydney ruled that the claims by Fairfax Media were not true.

Massage therapist Leanne Russell had told the hearing that Gayle exposed himself to her in Sydney in 2015.

However, Gayle successfully argued the incident did not happen. It is unclear how much he will seek in damages.

“I am a good man. I am not guilty,” Gayle told reporters outside Sydney’s King Street court complex. He says he’s glad the public actually got a chance to read into things and could hear what actually transpired.

Fairfax Media says it would investigate whether to appeal, claiming that the jury had been “misled in a way that prejudiced Fairfax”.

A solicitor acting for the company, Peter Bartlett says “It will cost the company a lot of money unless they can reverse it on appeal.”