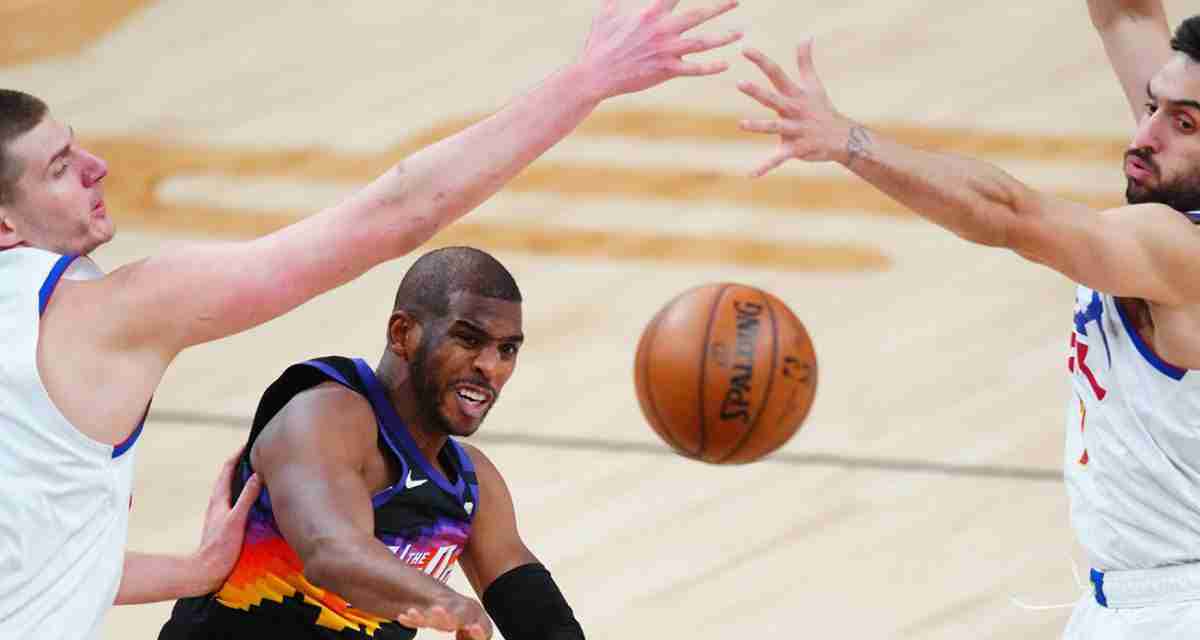 Point guard Chris Paul scored 17 points and set an NBA play-off record as he helped the Phoenix Suns to a 123-98 victory over the Denver Nuggets.

Paul became the first player to rack up three play-off games with 15 assists and no turnovers.

An emphatic win gave the Suns a 2-0 lead in the best-of-seven Western Conference semi-finals series.

It was the Nuggets’ heaviest defeat of the season, with head coach Michael Malone calling it “embarrassing”.

Denver’s Nikola Jokic, who was announced on Wednesday as the NBA’s Most Valuable Player, was the visitors’ most influential player with 24 points, 13 rebounds and six assists – more than his side’s other starters combined – despite sitting out the entire fourth quarter.

Game three will be played in Denver on Friday.