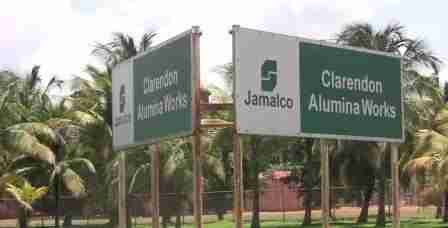 And with those words the Deputy Chairman of Clarendon Alumina Partners, Dennis Wright, mandated the General Manager of the company to sign the controversial contract with CCA Capital Partners.

His mandate was issued at an extra-ordinary meeting of the board of CAP on Monday November 15 at which the then Chairman, Norman Reid, was not in attendance.

Reid had objected to the renewal of the contract before he resigned two days later on Wednesday, November 17.

Nationwide News has obtained an audio recording of the extra-ordinary board meeting. It was chaired by Wright.

The Prime Minister last evening instructed that the renewal of the controversial contract be stopped pending a review by Cabinet.

In this Nationwide News exclusive, Dennis Wright can be heard in full control of the meeting directing that the contract be signed forthwith.

Ricardo Brooks has been listening to the nearly hour long audio recording.

Dennis Wright was appointed to chair the meeting and that he did.

The Board meeting of Monday November 15, 2021 lasted for just over 45 minutes.

In the audio, the Deputy Chairman looms large and in control.

The Board barely addressed the matter with any probity or examined the specific terms and deliverables.

The chair of the Board’s sub-committee on Finance, Michael Schloss, attempted to raise concerns, but he isn’t allowed to conclude his thoughts.

Mr. Schloss’ concern about proceeding without feedback from the Ministry of Mining is not raised again throughout the meeting.

No other Director pursued this line of inquiry. And Wright pressed on.

No substantive explanation is given for the absence of the then chairman of the Board, Norman Reid.

It was revealed in the meeting that the Board members were only able to review the contract on a screen in a previous meeting.

They were not given copies for their own detailed review.

The Deputy Chairman then moved to bind all directors, both those present and absent, to the decision.

There were no objections from Board members.

Having given instructions that the board’s decision be halted, Prime Minister Holness is now awaiting a report on the matter.