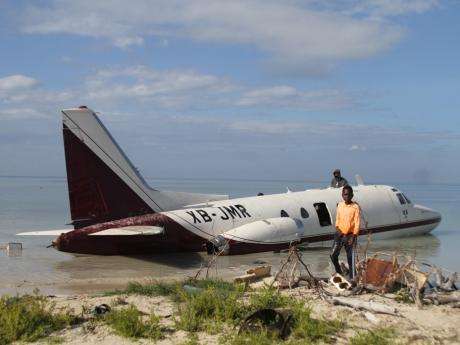 The search continues this morning for two men believed to be Mexican nationals who reportedly disembarked an aircraft which crash landed in Rocky Point Jamaica on the weekend.

No cargo was found on the plane.

The pilot and another man reportedly disembarked the aircraft shortly after the crash landing on Saturday evening.

They’ve not been heard from since by authorities in Jamaica.

It’s understood that aviation officials in Mexico have told their Jamaican counterparts that two Mexican nationals were aboard the plane.

He says aviation officials in Jamaica are in contact with Mexican authorities.

Mr. Williams Singh says Mexico has acknowledged being aware of plans for the plane to be used to conduct a flight within their airspace.

Nari Williams Singh, Director General of the Jamaica Civil Aviation Authority speaking with our news center a short while ago.