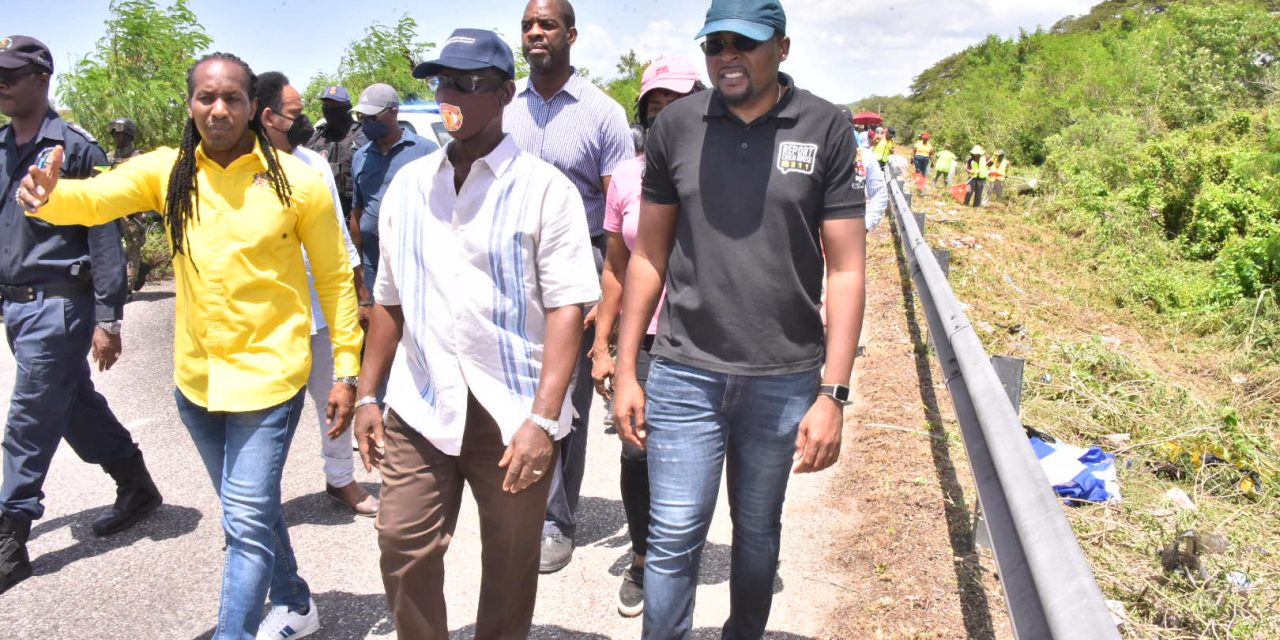 A major part of that plan is the Clean Jamaica Campaign which started on the Dyke Road this morning.

Minister of Local Government and Rural Development, Desmond McKenzie, expressed dismay that it took reports of violence and mayhem to make the project a reality.

The minister says efforts to clean up the area, are in response to motorists who complain that criminals use the overgrown vegetation to their advantage.

The Dyke Road project begins at Ackee Village and expands one mile to the Train line. The area is seen as the most critical in terms of criminal activities.

Member of Parliament for East Central St. Catherine, Alando Terrelonge, urged residents to continue working with the police to help rid their community of criminal elements.

The project is a multi-agency collaboration involving the Jamaica Constabulary Force, the Ministry of Local Government, Terrelonge , Mayor of Portmore Leon Thomas and the National Solid Waste Management Agency.

The Member of Parliament indicated that arrangements are being made with the National Housing Trust.

He’s also commending the police in Portmore for their work in fighting crime.

Last week the police discovered an M16 rifle, two shotguns, an Ak-47, a Taurus pistol and a 380 handgun in the area.