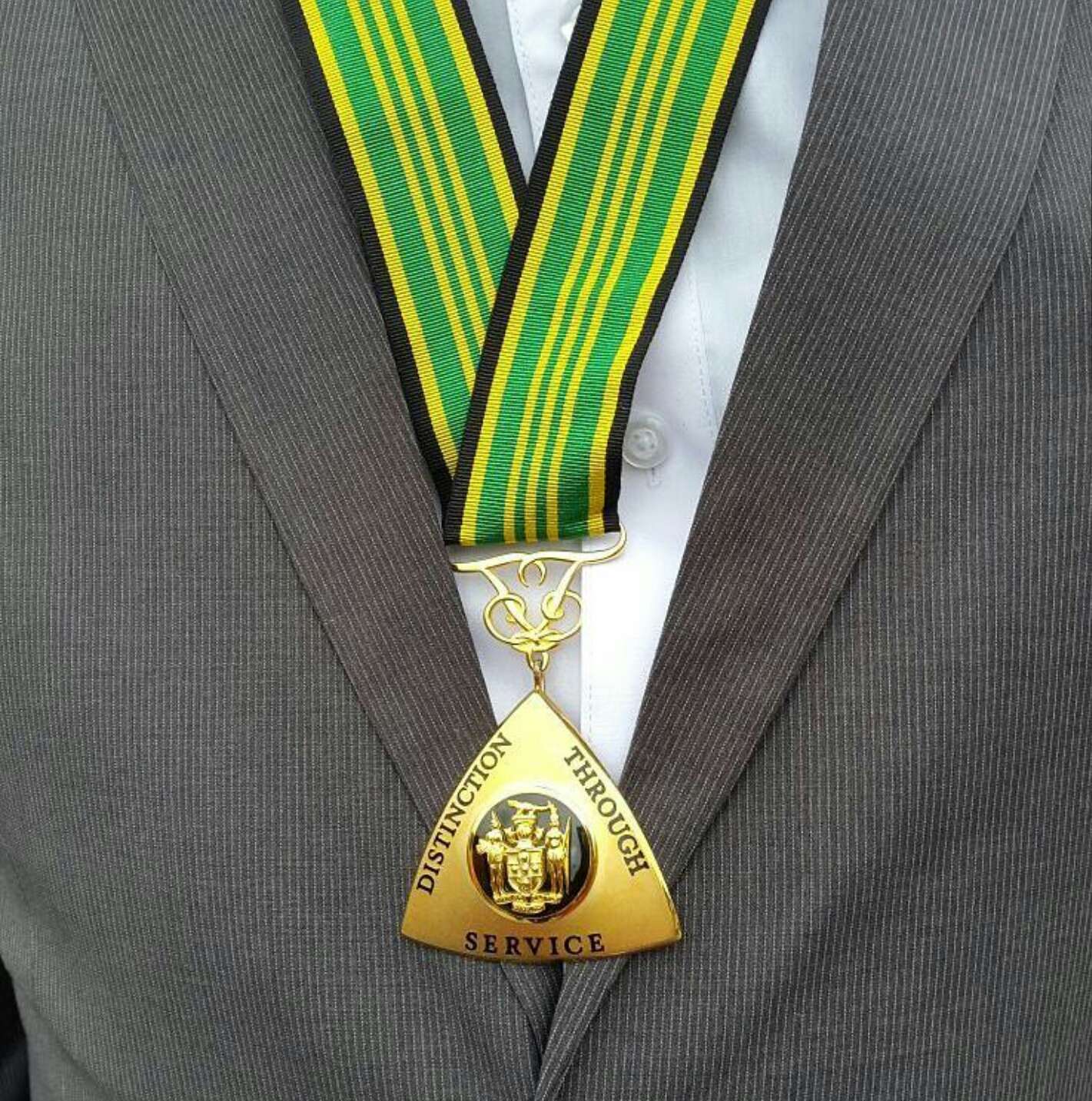 Respected veteran broadcast journalist Cliff Hughes was among two hundred Jamaicans who were yesterday morning honoured for their contribution to nation building at the National Honours and Awards ceremony at Kings House.

He was conferred with the Order of Distinction in the rank of Commander for Outstanding Service in the fields of Media and Communication.

Five persons were conferred with the Order of Jamaica.

They are: former Member of Parliament for West Central St. Catherine Dr. Ken Baugh for distinguished service to the Parliament, public service and Medicine.

Dr. David Boxer for his contribution to the National Gallery of Jamaica and the development of the Arts.

Professor Denise Eldermire-Shearer for outstanding and distinguished advocacy for senior citizens in the fields of Health and Welfare.

Professor Renn Holness for outstanding contribution in the field of Medicine and Ambassador Anthony Johnson for National Service in the public and private sectors and for his contribution to the Jamaican Foreign Service.

Allan Roy “Mutabaruka” Hope was conferred with the Order of Distinction in the rank of Commander for his outstanding contribution to the fields of literature, dub poetry and journalism.

Late journalists, Gary Spaulding and Glenroy Sinclair, were recognized posthumously for their contribution to journalism.

Both journalists, who worked at the Jamaica Gleaner , died suddenly in June.

Meanwhile, Nationwide’s Executive Producer Cliff Hughes is expressing a ‘deep sense of pride’ on being conferred with a national honour.

Mr. Hughes’ journalism career started at the Jamaica Broadcasting Corporation in 1986. He has also served the Commonwealth Broadcasting Association. Mr. Hughes is the holder of the Press Association of Jamaica Wordsmith medal for the year 2000. He was also the British Foreign and Commonwealth Sir Egerton Richardson Scholar in 1990.