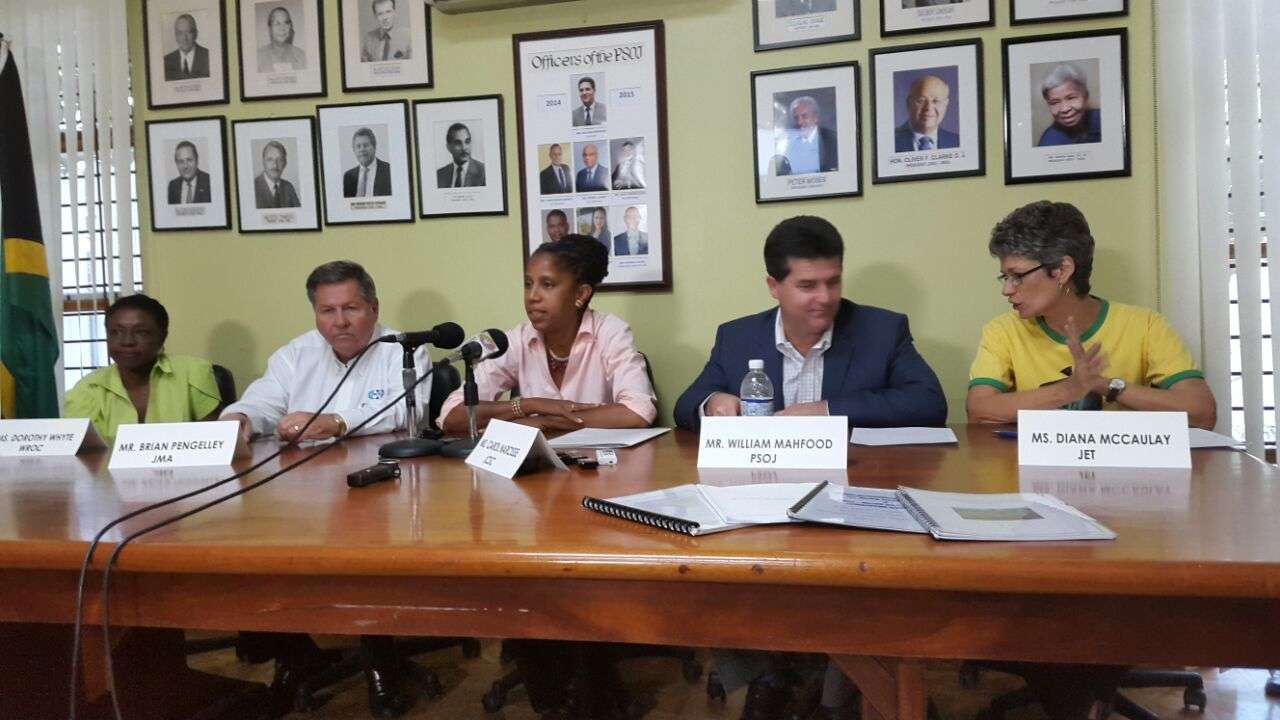 A broad coalition of business groups, civil society, environmental and Church organizations say they’ve lost confidence in the ability of the NSWMA and other Ministries to properly manage the Riverton City dump.

At a joint media briefing this afternoon at the offices of the PSOJ, the groups made their position known.

Carol Narcisse, Board member of the the Jamaica Civil Society Coalition.

The groups are lamenting the high cost of the annual fires at the Riverton City Dump and the impact on health, the environment, education and commerce.

At today’s news conference, the President of the Manufacturers’ Association, Brian Pengelly, said he’s aware that 35 to 40 businesses on Spanish Town Road had to close because of the smoke from the latest fire at Riverton — which is still burning at this hour.

He says the mismanagement of the dump sends a bad signal to foreign investors.

President of the PSOJ, William Mahfood, says the crisis that has now emerged was avoidable.

He said the country should no longer tolerate the problems that have bedevilled the management of the dump for years.

William Mahfood, President of the PSOJ.

Meanwhile, the coalition is calling for an independent oversight body to assist in the management of the dump at Riverton City.

Ms. Narcisse says the Committee should comprise persons with relevant skills, knowledge and expertise from the public, private and civil society sectors.

She says it must be mandated to see the implementation of the NSWMA work plan and various recommendations over the years, for the efficient management of the Riverton dump.

She’s also detailed other demands being made by the groups.

Carol Narcisse, Board Member of the JCSC.

The coalition says enforcement action by NEPA  should include court action for the breaches of the environmental permits it issued to the NSWMA.