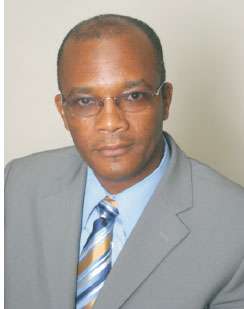 Deputy Treasurer of the Jamaica Labour Party, Leslie Campbell has applied to represent the party in North East St. Catherine in the next General Election.

In 2007, Mr. Campbell represented the JLP in East Central St. Catherine, where he lost to the PNP’s Natalie Neita-Headley.

It’s understood that Dr. Lennon Richards, has also applied to contest the seat for the JLP.

Former PNP MP, Sharon Hay Webster, has applied for the seat, as she bids to enter Gordon House for a fourth time.

A member of the JLP’s North East St. Catherine Constituency Executive, Mark Rodney, today endorsed Mr. Campbell as the party’s next candidate in the seat.

Writing on twitter, Mr. Rodney, who in 2007 was the Campaign Manager for outgoing MP, Gregory Mair said Mr. Campbell is a good man and described his application as refreshing news.