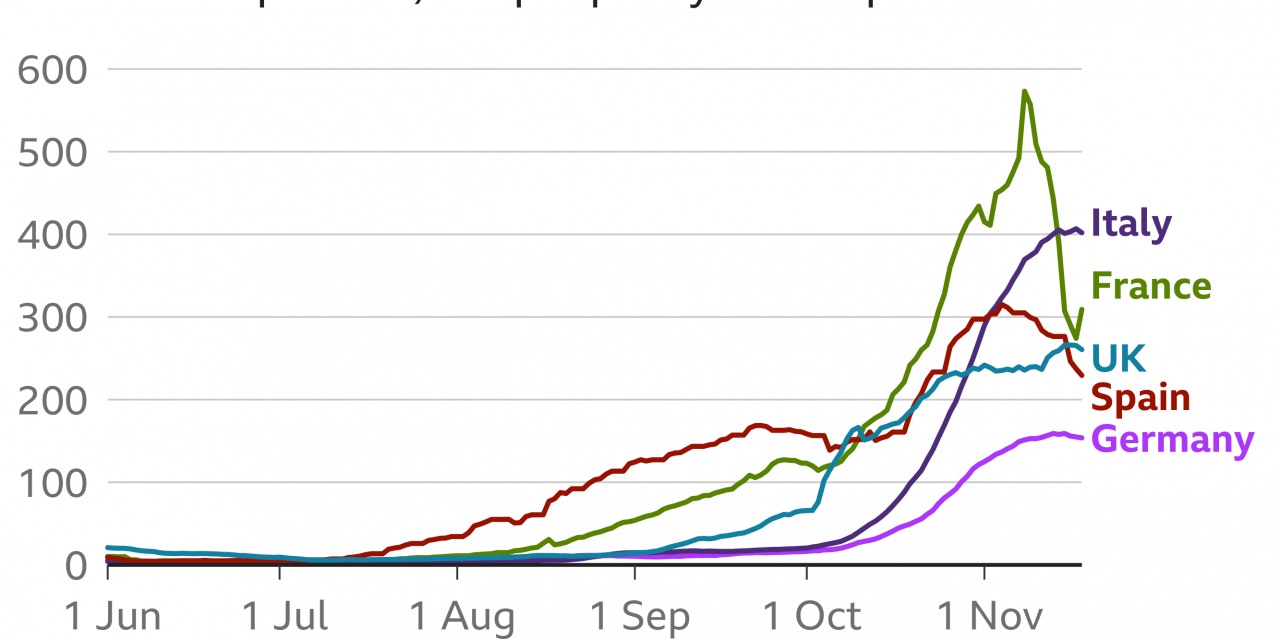 The World Health Organization says a tough six months lies ahead for Europe, which is once again the epicentre of the coronavirus pandemic.

He says that represents one person dying every 17 seconds.

However, he said new cases were declining as lockdowns curbed infections.

As a second wave of the pandemic gathered pace in October, most European countries reintroduced strict restrictive measures to stem the spread of the disease.

So far, Europe has seen nearly 16 million confirmed infections and over 3-hundred and 50 thousand deaths attributed to the coronavirus, with only the Americas reporting higher region-wide figures.

A large portion of those infections and deaths have been registered in the UK, Russia, France, Spain, Italy and Germany.