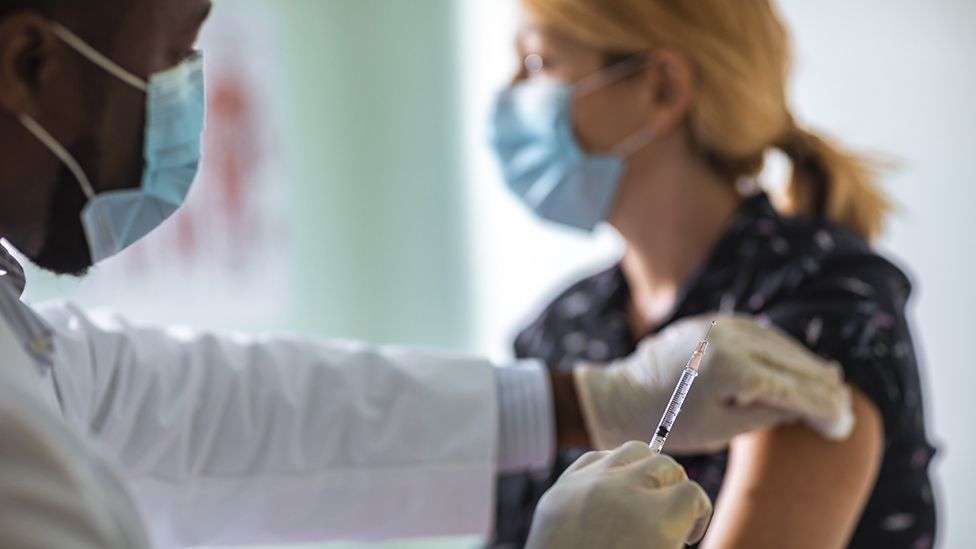 BBC: An NHS nurse who has contracted Covid-19 three weeks after being vaccinated says she is “angry and heartbroken”.

The hospital nurse, who works within the Hywel Dda University Health Board area, said morale is at an all-time low among her colleagues.

The health board said the vaccination offers “the best protection we have, but no vaccine is 100% effective”.

‘Bethan’ – not her real name – said: “I feel a huge amount of guilt – the fact that I made my family unwell. It’s heartbreaking. I feel deflated, angry and upset at how frontline workers are being treated.”

Working on the NHS frontline, she was initially relieved to be offered the chance of a vaccine and despite difficulties getting an appointment, she received her first dose of the Pfizer-BioNtech vaccine last month.

“It gave me peace of mind. It made me feel safer and that I was doing the right thing for my family… but it gives a false sense of security,” she said.

The nurse, from west Wales, said she was told it would take 10 days for the vaccine to offer some protection and reduce the risk of transmission.

However three weeks after the jab, she began to feel unwell and was “shocked” when she tested positive for coronavirus.

“I developed quite severe symptoms – a really bad cough, high temperature, breathlessness and that was three weeks after having the vaccine. I was petrified for my family,” she said.

Despite her best efforts, which even included boil-washing her uniform, Bethan’s partner and one of her children also tested positive.

“Within days we were dropping like flies and my family’s symptoms were more severe than mine,” she added.