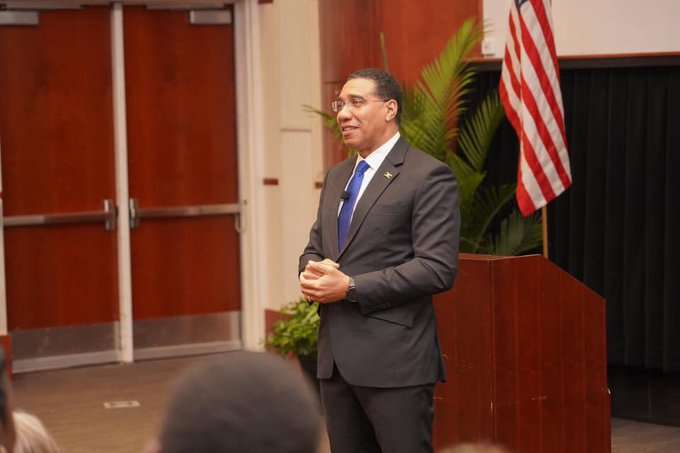 Prime Minister Andrew Holness says the scourge of corruption is a real threat to Jamaica’s democracy.

He was delivering a lecture on the State of Jamaica’s Constitutional Democracy at the University of Missouri in the US.

The Prime Minister is also urging more Jamaicans to participate in the country’s democracy, by voting.

Prime Minister Holness told those gathered at the University of Missouri that corruption continues to be a corrosive force in Jamaica.

He says it poses a real threat to the country’s democracy.

The Prime Minister also says voter turnout in Jamaica has been dwindling.

Mr Holness says there are voters who are more concerned about their immediate needs than long-term developmental goals.

The Prime Minister says Jamaica has a long history of democracy, which he says has produced vastly different economic and social outcomes since independence.