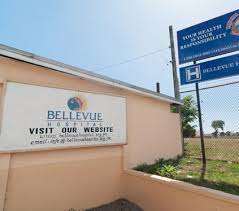 A cluster of COVID-19 cases has been detected on a ward at the Bellevue Hospital in Kingston. A hundred persons including patients and staff members who operate on the ward were tested last Friday, February 12. Permanent Secretary in the Ministry of Health Dunstan Bryan says 30 persons returned positive results.

The results from the tests were returned on Saturday and Sunday. Mr. Bryan says the other persons who returned negative results are in quarantine.

He says contact tracing at the facility is ongoing.

Dunstan Bryan, Permanent Secretary in the Ministry of Health speaking with Nationwide News.

Meanwhile, Seven more persons have died from COVID-19 in the Health Ministry’s latest update. The deceased include two females from Kingston and St. Andrew aged 59 and 71.

Meanwhile, the country recorded 271 new cases within the last 24 hours. This brings the number of confirmed cases in the island to 20,581. 1,147 samples were tested. This represents a positivity rate of 24 percent.

Trelawny and St Mary each recorded 3 new cases. Portland and Westmoreland each recorded a single case. In the meantime, recoveries in the latest update stands at 47. This brings the number of recoveries to 12,828. Two hundred and 71 persons have been hospitalized, 27 are moderately ill and 18 are critical.