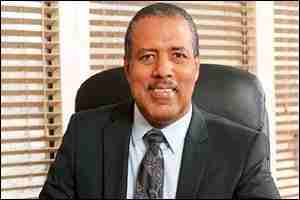 The National Covid-19 Operationalisation Task Force has broken its 40 day silence and provided an update on its efforts to improve the vaccination programme for the country.

The Professor Gordon Shirley-led body says its first report will be on the desk of Prime Minister Andrew Holness by next week.

The Task Force also says its already overseen improvements in some areas of the government’s immunisation efforts.

That’s 41-days ago since the Gordon Shirley-led body addressed the Jamaican people.

Within minutes of that call, the task force issued a media statement.

The task force says since being appointed it has met with a cross section of stakeholders in order to holistically understand the various issues and perspectives related to the vaccination programme.

It says given the need for urgent action, the Task Force has adopted an agile approach of systematically monitoring and evaluating the vaccination programme.

The Task Force says it has been providing critical evidence based recommendations which have contributed to improving accessibility and making the immunization process more seamless.

While it did not go into details, the Task Force says these suggestions have led to spatial expansion of the vaccination programme and increasing the number of available locations.

It also says its provided insights for the Ministry’s communications programme regarding strategies to mitigate vaccine hesitancy.

The Task Force says its first full report will soon follow and will be on the Prime Minister’s desk by next week.

At that point it says it will be available to discuss the recommendations with the public.

The Task Force’s recommendations may be critical in order to improve vaccine take up.

Particularly in a context where the country faces the possibility of having to dump more than one-hundred thousand doses in another 18 days.

This after already discarding some 55 thousand jabs at the end of September.