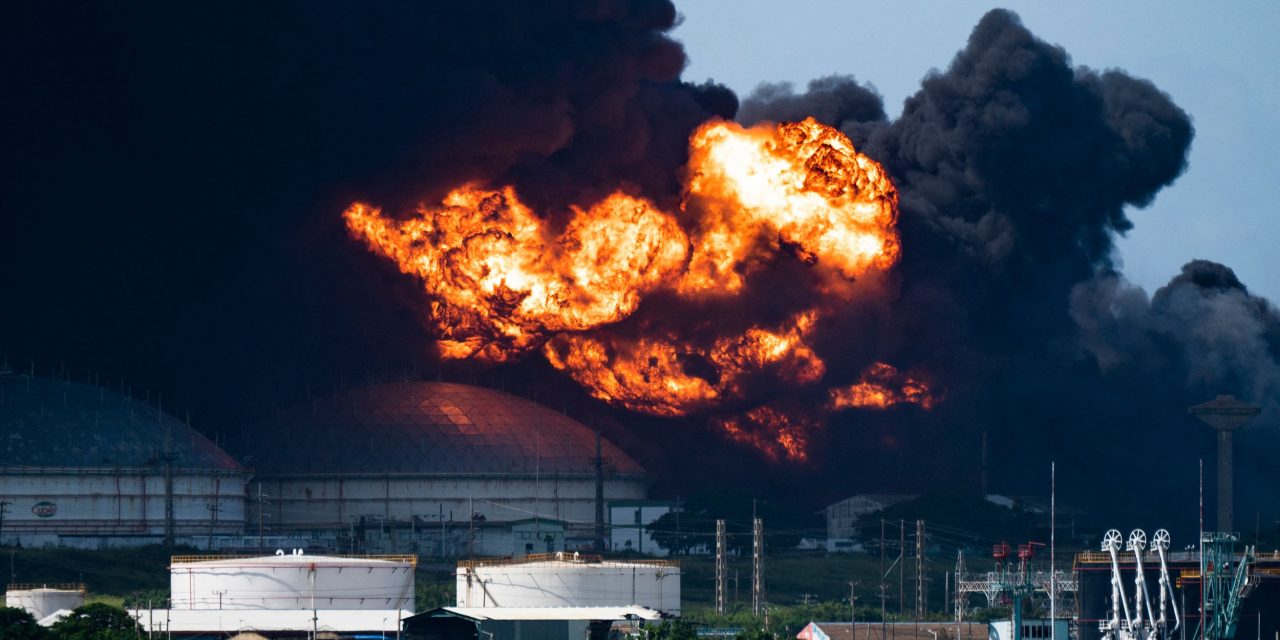 Cuban President, Miguel Díaz-Canel, says crews have taken control of the area where the fire is burning after flames engulfed a fourth tank at an oil storage facility in Matanzas.

President Diaz says the next step is to quell the blaze and prevent further spreading.

Firefighters and specialists from Mexico and Venezuela helped fight the blaze in the province of Matanzas with boats, planes and helicopters as they sprayed foam on the containers, a first for crews since broiling temperatures had prevented them from doing so earlier.

So far 17 persons have been missing, 121 hurt and 1 confirmed dead since the fire started on Friday when lightening struck one of the tanks.

Close to five thousand people have been forced to evacuate while officials have shut down a key thermoelectric plant on after it ran out of water, sparking concerns about additional blackouts.

The eight-tank facility plays a crucial role in Cuba’s electric system. It operates an extensive oil pipeline that receives Cuban crude oil that is then ferried to thermo-electric plants that produce electricity.

It also serves as the unloading and transshipment center for imported crude oil, fuel oil and diesel.