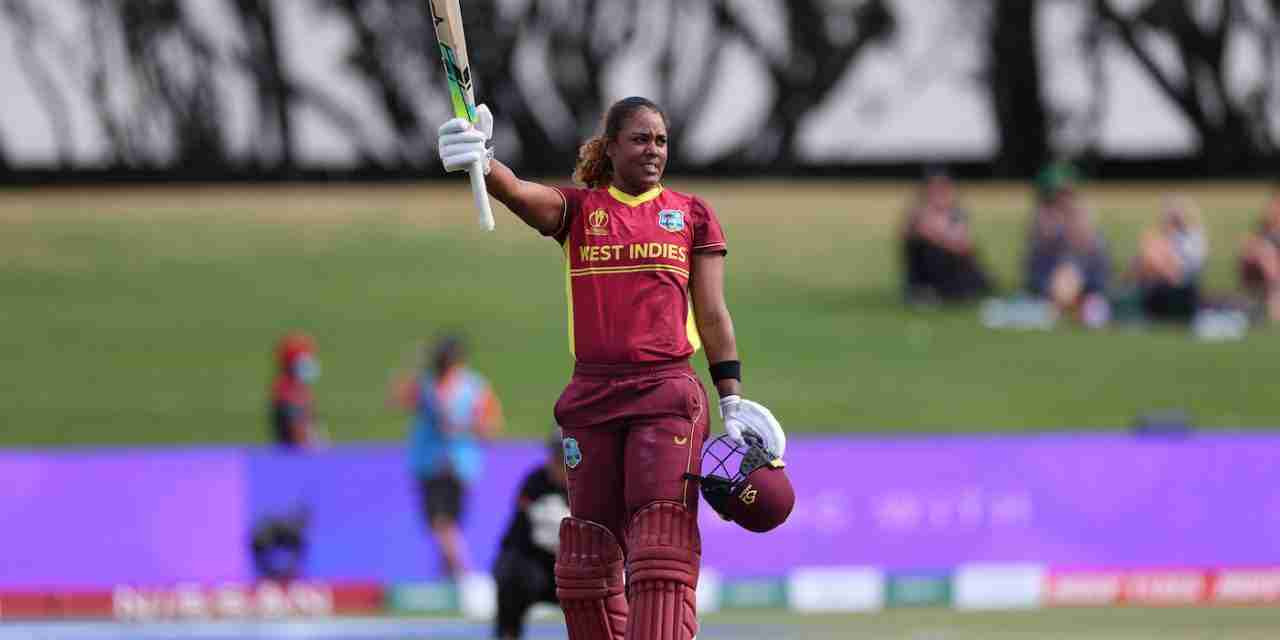 The West Indies made a winning start to their campaign at the ICC Women’s World Cup in New Zealand last night after pulling off a thrilling three run win over the hosts in Mount Maunganui.

Hayley Matthews was the star of the show with a clinical century, scoring 119 to steer the Caribbean team to a challenging 259 for 9 in their 50 overs.

She says she was unsure when called up by coach Courtney Walsh to be an opener.

Matthews, who slammed 16 fours and a six, was supported by Jamaican’s Chadean Nation, 36, and captain Stafanie Taylor, 30, with Shermaine Campbell weighing in with 20 against New Zealand’s Lea Tahuhu who took 3 wickets for 57.

Matthews says she’s hoping to carry this form through to the rest of the tournament.

In reply, the hosts got to 256 before they were dismissed with one ball remaining in the game. Captain Sophie Devine led the way with a stunning century, scoring 108, while Katey Martin chipped in with 44.

Anisa Mohammed 2 for 41, Matthews 2 for 41 and Deandra Dottin 2 for 2 bagged most wickets for the Windies.